It’s that time of year again. The time when we put the call out and start searching for the most bad-ass, bold and downright ballsy outdoorsy people from the Irish outdoor and adventure scene in 2018!

So if you know of an extraordinary individual or group of people who blew your mind with their inspirational effort or amazing achievement this year, we want to hear what they’ve been up to.

We’re especially keen to make sure that the junior and female adventurers are well represented – so please don’t be shy. Or if you know someone that is hiding their light under a bushel, please email us on the sly so we can make a fuss of them!

To Make a Nomination

To make a nomination, please email outsiderawards@outsider.ie with ‘nomination’ in the subject. Please include the category, full name and contact details for yourself and your nominee, along with a short paragraph on why you believe they deserve an award. And yes – you can even nominate yourself!

Following your nominations, the winners of awards 1-10 will be chosen by our judges. The remainder of the categories will be decided by public vote.

Stay tuned to developments on outsider.ie

We’re stupidly excited about the upcoming Outsider People of the Year Awards 2018. Over the next few weeks, we know you’ll be filling our inboxes with amazing nominees.

It’s a painstaking task but we promise to consider all of your nominations carefully as we compile the 2018 long list. Prepare to be wowed when you read the array of incredible stories in the Outsider winter issue (out late November).

We will also make a big splash about them on Outsider.ie

And in the New Year, we will once again throw a big old hooley (date and venue TBC so watch this space!), where we’ll announce the final winners.

The celebrations will be thanks to our fabulous sponsors Just Eat, Columbia and Active Iron, who have come on board to help us shine a light on all that is great and good about the Irish outdoor and adventure scene.

And on the night, we will also delve deep into the psychology of adventure and hear some amazing tales during the Theatre of Adventure – brought to you by Great Outdoors Dublin.

But what does it take to be considered for an Outsider award?

The Judges Will Vote:

To better illustrate the calibre of person we are looking for, it might help to look to last year’s winners.

The Judges Will Decide:

Last year, Outsider Woman of the Year award went to Sinead Kane who completed seven marathons on seven continents in seven days. She entered the Guinness Book of Records as the first visually-impaired athlete to achieve this feat.

Endurance cyclist, Joe Barr, took home the Man of the Year Award. Joe was crowned Ultra Cycling World Champion 2017. He also broke his own record for cycling 735 miles from Malin to Mizen Head and back.

In 2014 we lost our colleague, Olly O’Neill, to cancer so the Olly O’Neill Most Inspiring Person Award reflects his courage and strength. In 2017, the accolade went to Nikki Bradley who was diagnosed with bone cancer at the age of 16. Despite being on crutches permanently and facing probable right leg amputation, she started her own campaign ‘Fighting Fit For Ewing’s’. That campaign included completing the Fan Dance race, an event that follows an SAS Selection test over the highest mountain in the Brecon Beacons.

Our Most Devoted to the Outdoor Scene Award (private individual) went to John O’Regan. John has represented Ireland in World and European Championships for 24-hour racing, 100km and ultra-trail. He has acted as guide on the Everest Marathon for the visually impaired athlete Mark Pollock. This year he acted as guide for the visually impaired athlete Sinead Kane during the 777 World Marathon Challenge. He also somehow manages to hold down a full-time job.

New for 2018, our Most Devoted to the Outdoor Scene Award (professional) will go to an individual whose job it is to promote and develop the Irish outdoor and adventure scene. They will have gone above and beyond in their work.

The Eco Hero Award – brought to you by Clean Coasts and Leave No Trace – is new for 2018. It recognises individuals that have taken environmental action within their chosen sport or outdoor pursuit, and encouraged others to follow their example. The main elements which will be considered by the judges are as follows:

The Eco Group Award – brought to you by Clean Coasts and Leave No Trace, recognises efforts made by communities (this includes community groups, sporting groups, business etc) that have made outstanding efforts in 2018 to improve their local environment. The award recognises environmental efforts taken by the community can take on any form that has improved its region, including tidy towns efforts, area clean-ups, promotion of environmental messaging, adoption of environmental practises etc. The main criteria which will be considered by the judges are:

This accolade aims to promote the importance of balanced diets and healthy, tasty food for active people. Last year this award went to Irish Biltong.

Which was the best outdoorsy event you took part in? The most fun? Had the best atmosphere or the best after party? Last year, this award was picked up by Quest Glendalough.

This award is for a provider or destination that allows you to immerse yourself in an adventure and forget about the day-to-day grind. In 2017, it went to Giddy Gally Adventures.

From full-scale movie productions to hilarious YouTube clips, we’re open to all types of suggestions for this category – as long as they can be watched online by the public. The award went to ‘Between the Wind and the Waves with Francois Colussi, Wild Mayo in 2017.

From the pros to the snap-happy amateur who manages to capture an awesome shot on their smart phone, we want to see those photos. Adrian Van der Lee took home this prize for his shot Living the Dream last year.

The Outsider panel of judges will pick the winners of awards 1-10. But we want you to have your say too about an individual that you think deserves a huge clap on the back. So our readers will vote online for that person (keep an eye on Outsider.ie for details). Last year you voted for the Galway Baybes, a cracking bunch of women who smashed the relay record for the epic Race Around Ireland.

On the night of the awards, we will once again invite some of Ireland’s most incredible adventurers on stage to share their stories. Over the years, this has been a highlight of our awards night and for the 2018 award we are delighted to welcome Great Outdoors on board to sponsor this section. So it will be even bigger and better than ever. Expect tears, laughter, courage and inspiration!

Founded in 1976, Great Outdoors Dublin is a one-stop outdoors shop, kitting out customers for their many adventures. Since the store opened on Chatham Street, it has welcomed many adventurers through its doors. People venturing off to the North Pole, Everest and other hard-to reach places have all stocked up there – just like those heading off camping for the weekend or to walk the Wicklow Way.

Don’t miss the party of the year!! If you’re keen to register your interest for coveted tickets for the Outsider People of the Year Awards 2018, please email outsiderawards@outsider.ie with ‘Tickets’ in the subject and we will email you when tickets go on sale in November.

About Our Title Sponsors

Just Eat is Ireland’s leading digital marketplace for online food ordering and delivery. Just Eat enables customers to search for their favourite local takeaway restaurants and place orders online or via its free mobile app. Choice is key Just Eat customers which now has over 2,100 takeaway restaurants online across more than 40 cuisine types.

These include healthy options such as paleo, gluten free, coeliac, Thai, Japanese and Hawaiian, to name a few. So whether you wish to order a healthy lunch to the office during the week or treat yourself to a more traditional takeaway at home at the weekend, Just Eat is the go-to app for the biggest and most diverse choice of food available to order for delivery, any time to anywhere.

Columbia Sportswear has been creating innovative apparel, footwear, accessories and equipment for outdoor enthusiasts since 1938. Columbia has become a leading global brand by channelling the company’s passion for the outdoors into technologies and performance products – keeping people warm, dry, cool and protected year-round.

Columbia constantly tests its products in the worst conditions around the world to make them perform even better. Being an industry leader in this field takes passion, and an understanding of people who love the outdoors. That’s why, from cutting edge technology, to innovative heritage, Columbia’s jackets, pants, fleece, boots, and shoes are all tested tough so you can enjoy the outdoors longer. #TESTEDTOUGH

Active Iron is kind enough to take on an empty stomach and gives you strong absorption when you need it. It targets the natural site of iron absorption in the intestine, increasing the amount absorbed and making more iron available to your body. Active Iron’s advanced protein formulation is non-irritating to the stomach and does not cause inflammation preventing unwanted side-effects such as stomach pain, cramp, sickness, constipation and flatulence. 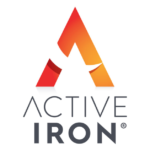 Retiring in Style: How Dermot Higgins Cycled 30,000km Around the Globe