There really is only one way to explore Dublin and that is NOT on a hop on, hop off bus. It’s on an electric bike.

Whether you are new to Ireland or just new to Dublin (welcome!), or perhaps you’ve lived here all your life and are simply looking for something new and fun to do with the family or a group of mates? Well, we can highly recommend a guided cycle on an E-bike (aka a Detour) around Dublin with the E-Bike experts, GreenAer. 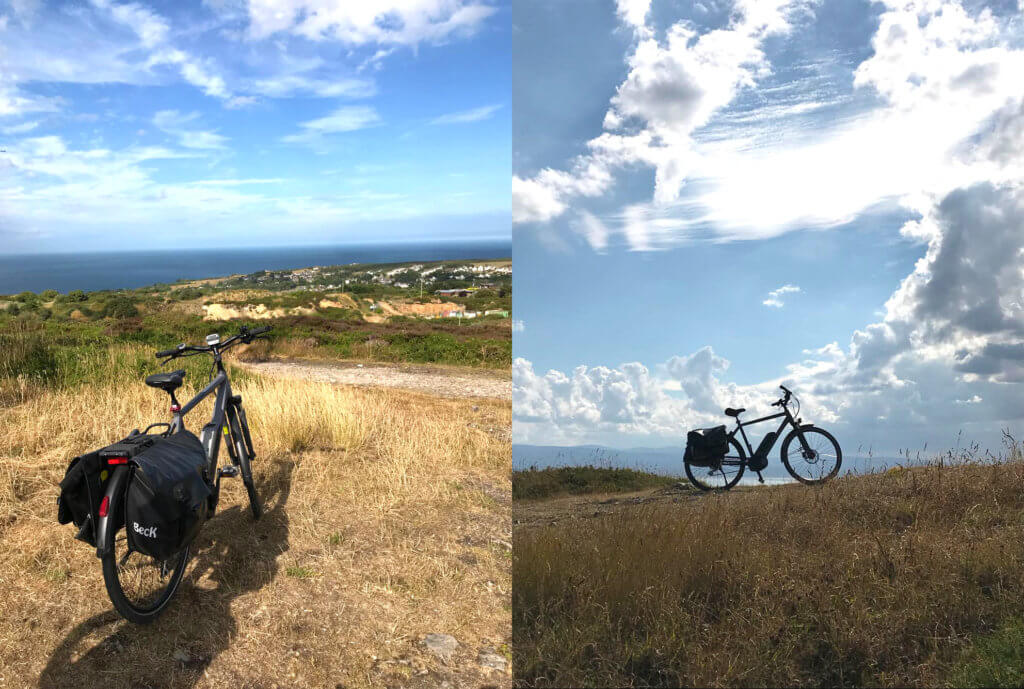 We recently legged it out of the office the moment we saw the sun peak out from behind the clouds and set off down to the GreenAer HQ on Pearse Street to check out the so-called ‘future of green transport’, the E-Bike. And off we zipped for the afternoon on the neat machine beneath our legs, following behind lead guide and Dublin native Stephen Wilson. Dipping down the side streets, taking shortcuts through housing estates while experimenting with the settings (Eco – a slight pedalling assistance to Turbo – oh boy, this is fun when pedalling uphill) all in the hopes of escaping the city and seeing the real Dublin. Not the Guinness Brewery or the Spire but the good stuff, the jagged coastline, panoramic views of Ireland’s Eye, the beautiful Killiney Hill and the herd of deer in Phoenix Park.

Buying an E-Bike: Everything You Need to Know

As a country bumpkin myself who moved to the big city two years ago, Dublin can be an intimidating city of ‘tall’ buildings (tall compared to rural Ireland anyway) and lots of people in the street who don’t smile at you when you pass them. It has taken me until now to discover the gems waiting on the outskirts of the city and the raw potential for adventure that Dublin holds when you have two wheels beneath your feet and a little motor hidden away in the bike frame. Suddenly the county becomes a lot more accessible. 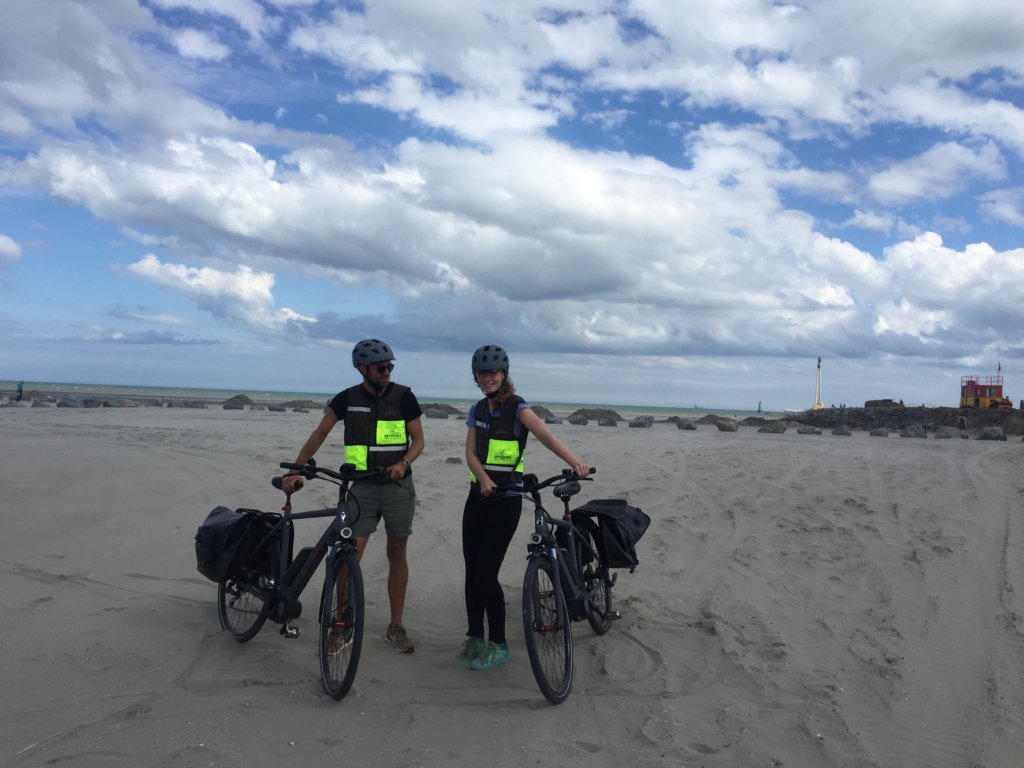 The beauty of the E-bike is that we covered a distance of 40km+ without keeling over on the path with a stitch afterwards. The Detours on offer are the Phoenix, the Southsider and the Northsider. It was such a cracking day and we were desperate for a dip in the sea, so we opted to head North to Howth along the coastal path. Off we pedalled from GreenAer’s base over the bridge and out to the salty sea air. Down past Bull Island we rode, to see the kite surfers out in force, past the Poolbeg chimneys, hugging the coastline all the way. Then up to the mast in Howth, out onto the famous Howth cliffs to see the Baily lighthouse and then towards the village itself to see the Medieval Castle and the quaint fishing harbour. 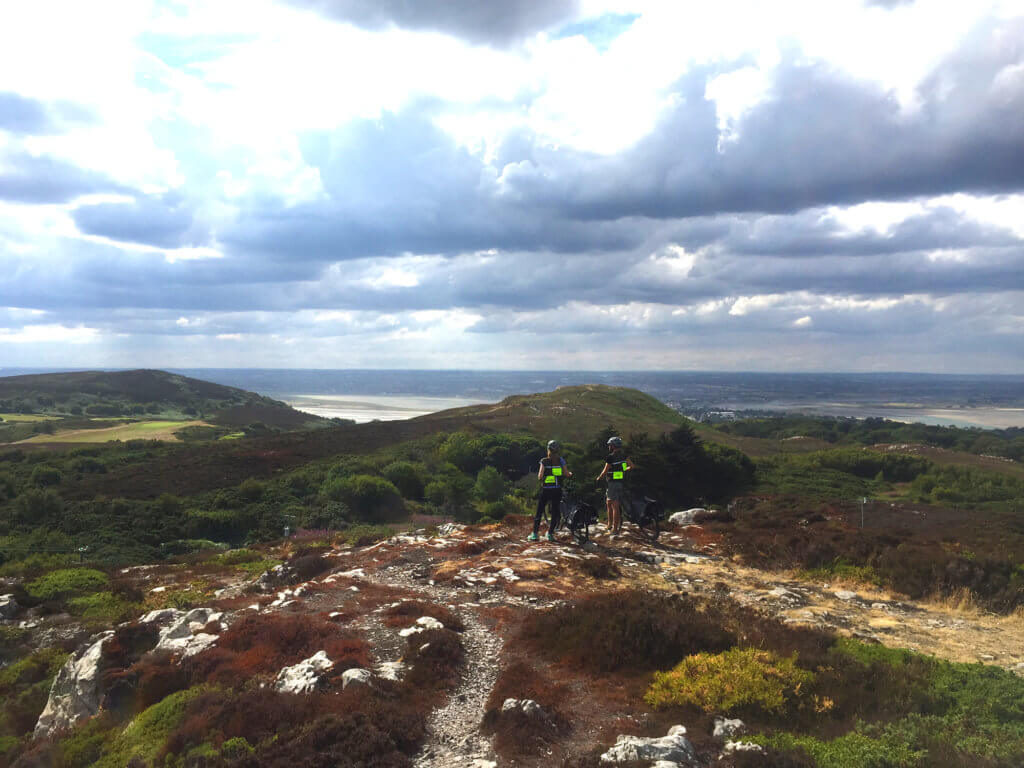 Make sure to pack your togs and a towel in your panniers for a quick dip in the surprisingly warm waters on Balscadden bay beach. If there’s time, ask can you follow it up with a pint, a coffee or an ice-cream cone in Howth village or the Summit Inn. Revel in the feeling of being able to race each other uphill (on the turbo setting) and gliding back down. The E-bike is a sorely misunderstood creature, you definitely will still enjoy a great workout but it does make life a hell of a lot easier. It takes the pain out of the pedal so you’re free to enjoy four hours of blissful freedom and fresh air. 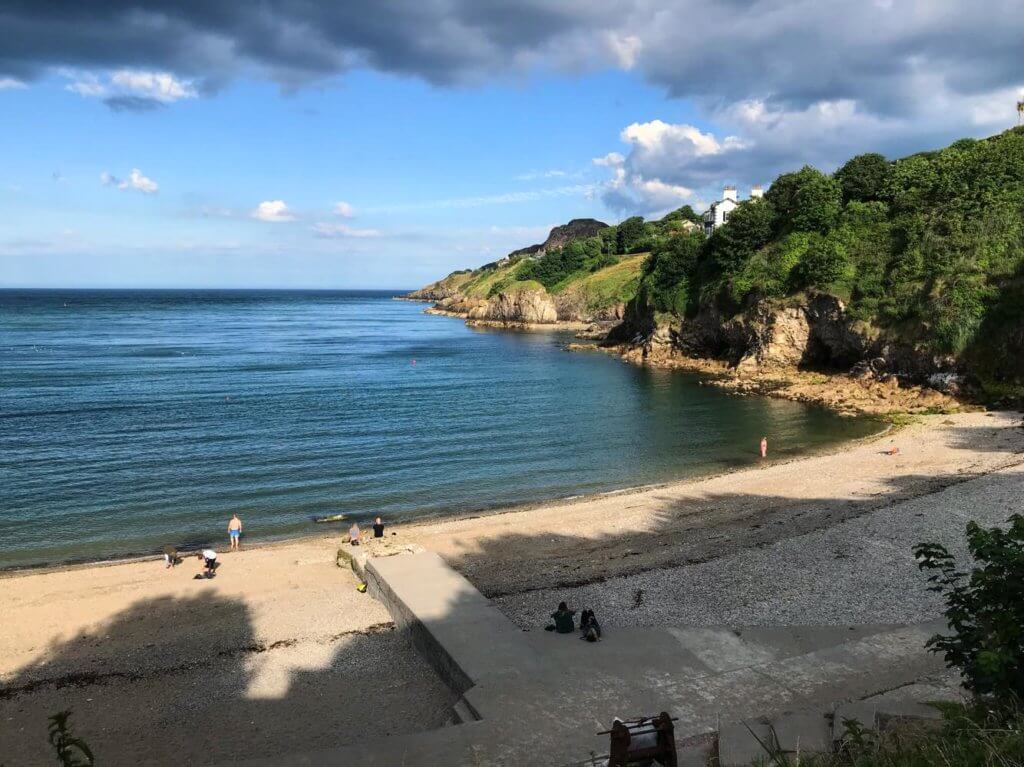 If you aren’t a local, Stephen will regale you with tales of Irish history and the points of interest along the way. If you are one then he is a delight to just chat with, ask what you want and enjoy the views and the momentum of the machine beneath you. One of the best things about these tours is the slick get-up. The most fashionable hi-vis we’ve ever seen and the bikes actually look like normal push bikes! So you don’t feel like an eejit on a Segway (no offence to Segways!).

There are three GreenAer Detours to choose from. You have a choice of the Phoenix, which is a two and a half hour spin starting off in Dublin’s historic city centre, visiting all the hotspots all the way out to Dublin’s magnificent Phoenix Park. The Southsider is a three and a half hour pedal out the Southern Coastal route through Irishtown and onwards to Sandymount Strand and Dun Laoghaire, where if you are feeling brave you can have a dip in The Forty Foot, a favourite spot for Dublin’s brave sea swimmers! After that, it’s onto the picturesque Dalkey and Killiney. Finally the longest on the list, the Northsider is four and a half hours long and takes you out to the historic and truly magical Howth.

This is not just for tourists, we’re natives and we had a ball when we did the Howth Detour! The Phoenix cycle usually costs €65 but is currently on special offer for €45. The Southsider is usually €85 but is now on offer for €65. And the Northsider is usually €90 but is currently on offer for €70. You’ll find out all the information you need on the Detours or GreenAer website. Hire an E-Bike instead for €27 for a half day, all the way up to €350 for a fortnight.

Brought to you by

Irish Sailing and Mountaineering Adventure Challenge: Everything You Need to Know

How to Train for Your First Ultra Marathon

How to Train for Your First Ultra Marathon