Over the summer Shane Finn ran a whopping 24 marathons in 24 days around the country, now he has his sights set on America.

Dingle’s Shane Finn has firmly established himself as one of the greats on the Irish endurance circuit. At just 25 years old, he has already run 12 marathons in 12 days and over the summer he doubled that to 24 marathons in 24 days. He has now totalled 47 marathons in his lifetime, three full Ironman races (soon to be four as he’s set to take on IM Lake Placid in America this summer) and so far has raised an incredible €190,000 for Spina Bifida Hydrocephalus Ireland. All the while co-owning and running his own gym in Dingle called WK Fitness. 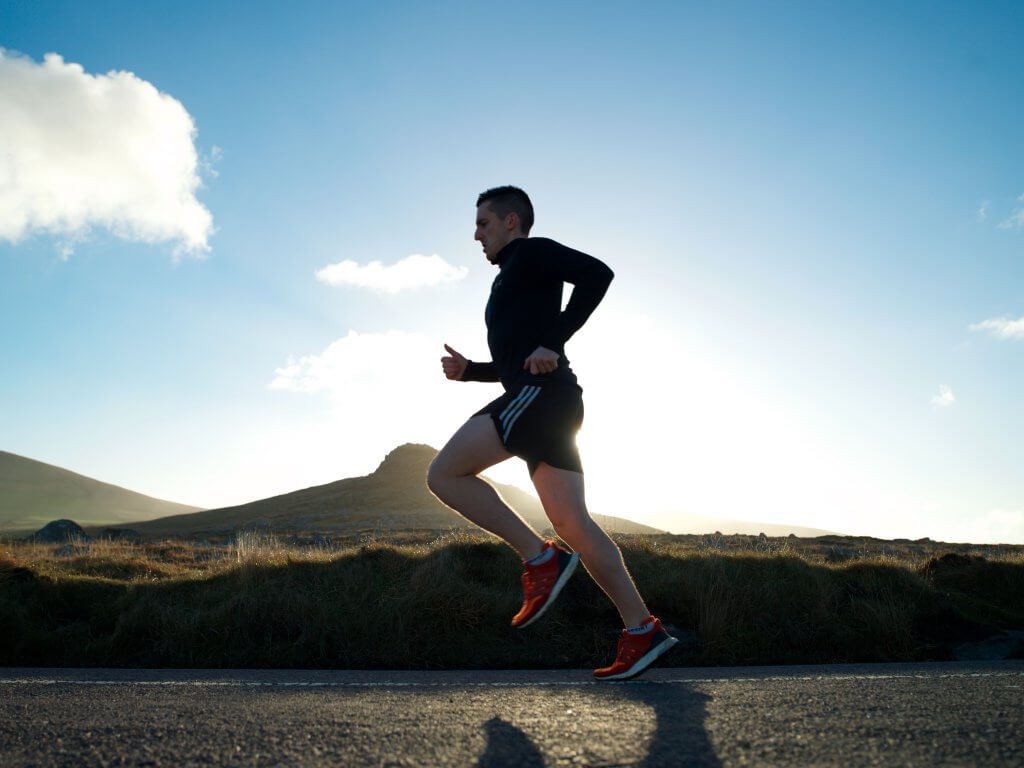 His marathon obsession started fairly early in life, signing up to his first one, illegally, when he was just 17. “You have to be 18 to run a marathon, but I lied about my age to get in. I raised €8,000 for Spina Bifida Hydrocephalus Ireland by doing it. I suppose I had made the decision even when I was 17 years old to try and make a difference. My cousin Mary has Spina Bifida and I saw how tough life was for her and I thought I could surely do something, I could run a marathon. I nearly died but I did it and I guess that was the spark.”

What started as one marathon quickly snowballed into 12, and then to 24. The motivation to continue upping his game came at the Spina Bifida Hydrocephalus Ireland’s national AGM, just two months after Shane had completed his 12 marathon challenge; “I was at breakfast, the morning after the AGM and a woman came up to me and she was crying and I was thinking what is going on here, and she told me her story. She was a single mom, she had a 15-year-old boy with Spina Bifida and every day of that boy’s life, she had to carry him up the stairs to use the bathroom, physically carrying him up three times a day.

“It got to the stage when he was 15 that she just couldn’t carry him anymore, he was too heavy. So, anytime the boy wanted to use the bathroom, she would have to call one of their neighbours to help her lift him up the stairs. She said out of the €33,000 we raised by doing the 12 marathons, the organisation helped make changes to her house to make it more suitable to her son’s needs and it completely changed her life. I’d never met this woman before, and I was nearly in tears myself.”

“I remember getting into the car that day to drive back to Kerry and just starring out at the motorway and thinking to myself, I’m going again, I don’t care, I’m going again.”

Like so many others before him, running was an escape for Shane growing up; “I was always very average; I did ok at school and at sport and I had a few friends but I would have struggled with my confidence, being self-conscious and stuff but I found that running, it was something that I could just do for me.”

Trail running shoes: 8 of the best

Anyone that has met Shane and his family will see instantly that they are the kindest, most positive people you’ll ever meet and although Shane remained more steadfastly positive than any athlete I’ve ever met, he did have his low point during the 24 marathons; “Day seven was my breaking point, we were up in North Monaghan somewhere. I thought my left calf was going to snap, the weather was just miserable; it was lashing rain and cold. The fact that I got through that day, that I got it finished after suffering so much, I just knew that I could get through the rest of it.”

To do these kinds of challenges you have to become somewhat of a masochist, and Shane is no different; “This sounds sick, but I love the darkness and the uncertainty of the whole thing. I like not knowing what’s going to happen. It’s the hardest part of the whole thing, that point at the end of an Ironman or marathon where you’ve been going for 11 hours straight, that’s my favourite bit.”

“You go into that dark place, that dark part of your body. It’s just a phenomenal feeling.”

Finn already has the next big challenge lined up. In May 2019 he will race across America in aid of Spina Bifida Hydrocephalus Ireland (SBHI) from California to New York City in 36 Days. That means combining ultra marathons and ultra cycles. For three days he’ll run 50km a day, then for three days, he’ll cycle 250km, he will repeat this six times. “The 24 Marathons in 24 Days had a huge effect on me personally, I saw first hand the challenges people faced, the difficulty people had doing normal everyday things and how my problems are in fact not problems at all. We get one life to live, one rodeo, one chance.”

11 Things Everyone Should Know Before Their First Sportive