Have you ever dreamed of taking to the high seas in a sailing boat, fantasising about the wind in your hair and the open ocean rearing and bucking before you? Well snap out of the daydream and listen up because the Sailing in Dublin Club (SID) has made that daydream very accessible to all. Team Outsider went for a day out on their dinghies with the SID crew. Orla O Muiri tells us all about it.

I have taken to the water on a dinghy for the first time in my 26 years on this planet. Here I sit, perched on its side as it cruises through the water. I am totally consumed in this moment, basking in the thrill of the boat hopping, surfing, and manoeuvring its way through the frigid green waters beneath me. I have never known freedom like this. 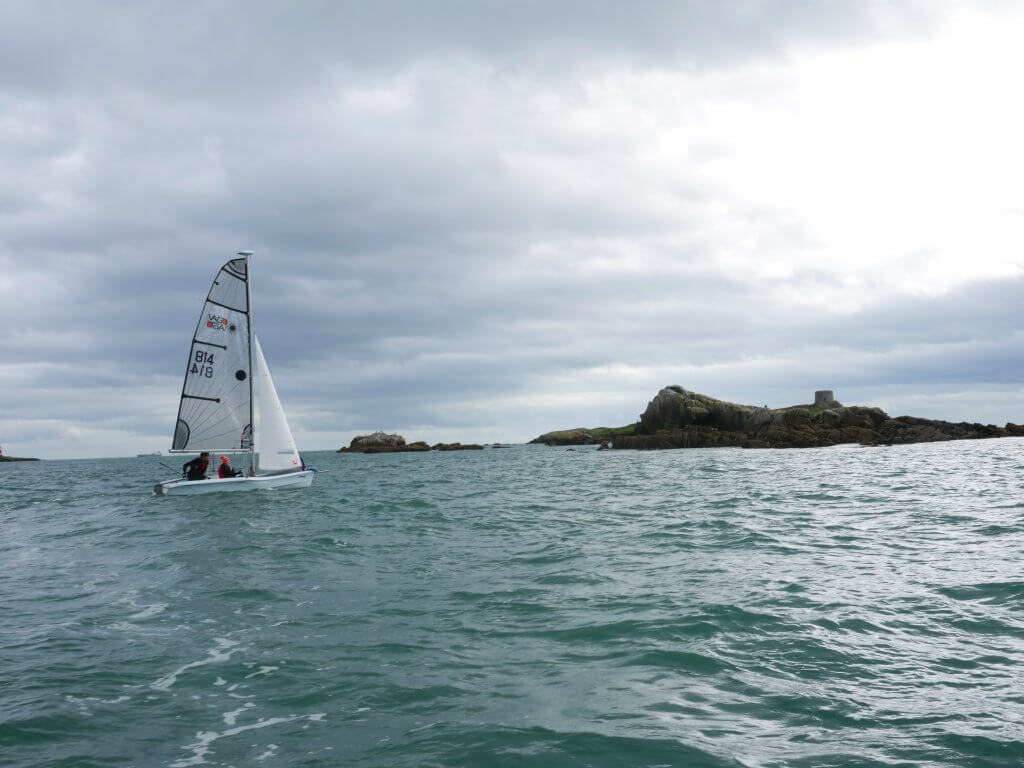 Sailing is a sport I had never really considered within my reach. I was born and reared inland, then when I left home at 18, I became a poor student and then a poor traveller. In my head I had linked sailing with words like expensive and elite, preventing myself from ever even looking into it to see if my stereotypes were true.

10 Things Everyone Should Know Before Their First Sailing Lesson

And then a little bird told me about a group called the Sailing  in Dublin Club (SID) out in Dublin’s Dun Laoghaire. Tucked away down in the Coal Harbour, the ethos of this little gem of a club is to offer year-round sailing for a low cost to literally anyone who wants to get out on the water. The club owns its own boats (dingies, cruisers and keel boats) and all of the club members have access to them. Membership fees pay for the upkeep of the fleet so no individual has to invest in purchasing and maintaining their own gear. Genius! 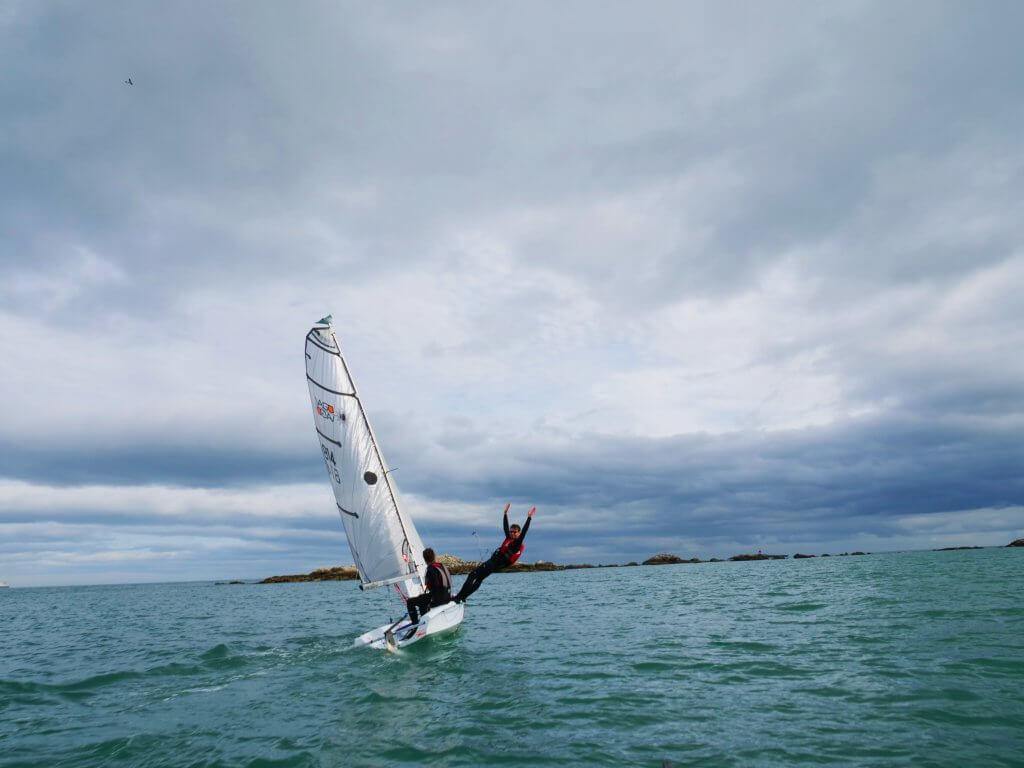 SID is now a buzzing and friendly little gem of a club with members hailing from both Ireland and all over the world. And so I find myself chatting to Paul from the Holland, Yves from France and Wojciech from Poland as they rig up the boats and get ready to take me out. All three have given up their own time on an October day to show me the ropes.

Suited up in wetsuits, we wheel the dinghies down the slipway, into the water and out through the harbour gates we soar. I am in a boat with Yves and he nimbly moves around the tiny vessel to make adjustments, hanging halfway out the side of the boat and getting me to duck and move to the other side of the boat as we tack our way up the bay.

“Seabirds bob on the water and a seal slips quietly under as the cotton wool grey sky breaks up and the world around us is transformed into glinting greens and bright blues against greys.”

As a total novice, I start the day as a wide-eyed passenger mostly frozen in the middle of the dinghy, but in no time, Yves has me moving from side to side, ducking under the mainsail, as he zigzags or tacks his way up the bay. I start to understand how to spot where the wind is coming from and how to position the sails accordingly. I learn that the ropes controlling the sails are in fact called sheets and that jibing is another way to turn the boat – and that it’s not as easy or smooth as tacking.

But most of all, I learn that sailing is fun! Leaning out of the pitched dingy feels a bit like flying I think as I throw my head back and take in the clouds darting across the sky. 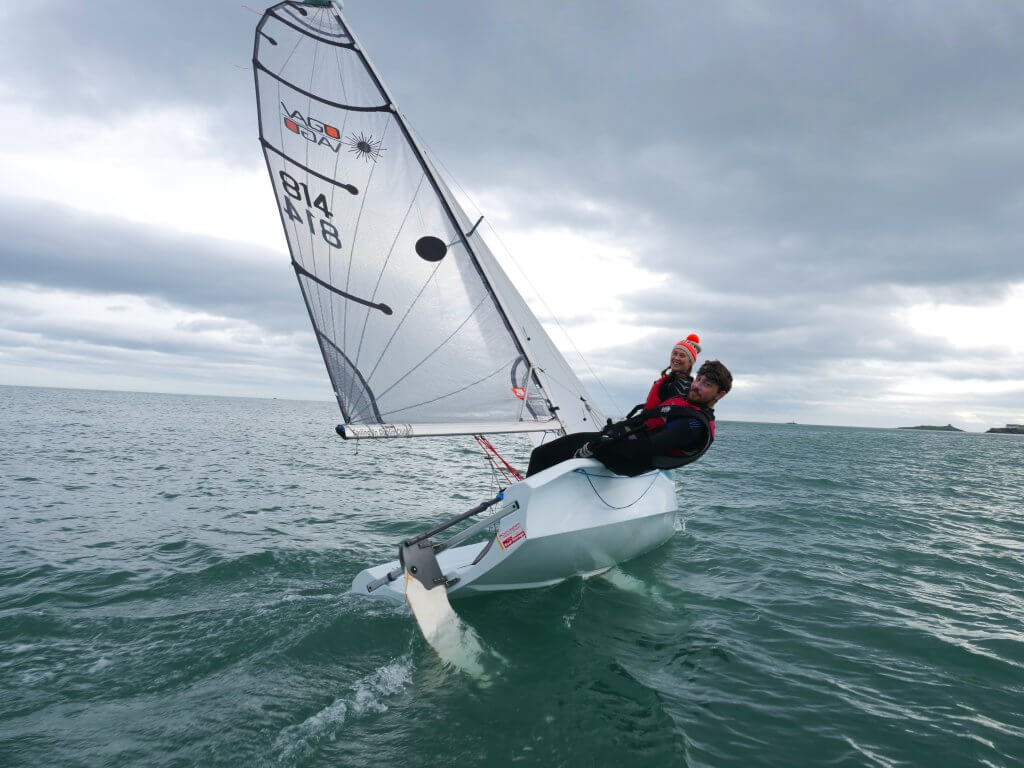 We spend the afternoon bouncing through the water, our hair blowing wildly in the wind and laughing like loons. In the other boat, Paul and Wojciech are really going for it. They have their brightly red spinnaker flying like a balloon from the front of the boat and one of them is on a trapeze leaning out over the water as they bomb along towards Dalkey Island, and we follow.

Seabirds bob on the water and a seal slips quietly under as the cotton wool grey sky breaks up and the world around us is transformed into glinting greens and bright blues against greys. Blown away by the big sky and the sparkling water, I feel a little hypnotized as I muse just how far away from the city and real life your heart and head can be just 10 minutes from the land.

And then boom, I’m in the water, the icy sea awakening me from my reverie! I flail around trying to get my bearings. I’m laughing, buzzing on adrenalin and bamboozled by how we capsized in the first place, but that lesson will have to wait. Right now, Yves is firmly but calmly giving orders to get me back in the boat. 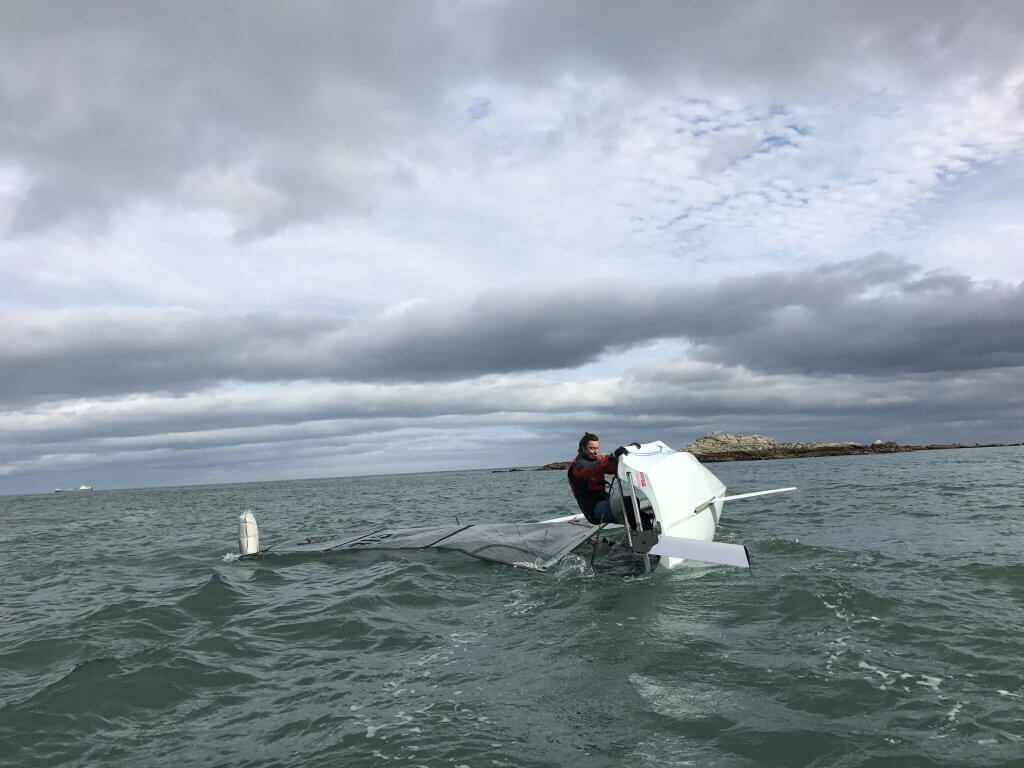 “Lie like a plank, hold on to the seat, but don’t put all your weight on it,” he says. Before I have time to say, “I haven’t got a clue what you mean,” he has scrambled up the other side of the boat to tip us back in. I hold on and suddenly I’m airborne and tipped rather ungracefully back in. He tells me that I’m surprisingly talented at getting back in the boat. I shall put that on my CV I think to myself as we decide that maybe it’s time to head back to dry land.

Shivering but thrilled, we pull the boats out, clean them off and pack away the gear. We change, pull on woolly jumpers and beanies, and stroll down to the marina, cosy and exhilarated. Still buzzing as we sit on the walkway, legs dangling, tucking into our sandwiches and slurping our flask of tea, I think, if this is the life of a sailor, then sign me up!

About: SID provides a fleet  of dinghies (1 and 2 person boats) and three yachts (max 7 persons) for sailing activities and competitions.

Beginners can also sail their Sigma and Ruffian keelboats with an experienced crew to build up your sailing skills and knowledge.

If you have some sailing experience, you can spend more time on the water dinghy sailing on their cruising boat Silver Wind, or on their keelboats where you can take part in all aspects of sailing, from crewing to helming to navigation.

Along with daysails and cruises, all members are encouraged to take part in races and regattas held in Dun Laoghaire during the summer months and the ‘frostbite’ series held on Sundays during the winter.

Sailing sessions are on weeknights starting at 6pm, and on Saturdays and Sundays. SID also regularly holds improver sessions where they get an instructor in at a low rate.

SID’s trips away have seen them go out to Bray to watch the airshow from the water and to the Isle  of Man on the Sigma 33. The 40 footer also goes on cruises around Ireland; you can sign up for a between one and three weeks and you just cover the costs of food and fuel.

If you are interested in trying out the club before joining, you are welcome to join them for a session or two. They charge a guest fee, which is refundable against your annual membership if you join.

The Paddling Film Festival is Coming to Ireland!

Things to Do in Limerick: The Complete Guide for the Outdoor Enthusiast

Things to Do in Limerick: The Complete Guide for the Outdoor Enthusiast