We love hearing about our readers taking on challenges! Here’s one for the ‘mere mortals’ among you,  Ryan O’Reilly is running 10km a day for the entire year.

We cover a lot of stories of seemingly superhuman athletes rowing the Atlantic solo, completing 7 marathons on 7 continents in 7 days, cycling around the world, etc. But we also think it’s important to celebrate the smaller challenges about people who work a full-time job, juggle a family and a social life and still manage to get outdoors and do something special. As Ryan O’Reilly (41) puts it, this is “one for the mere mortals”.

The Limerick man’s challenge for 2018 is to run a 10km every day for the entire year. You may not think 10km is a mammoth distance but the commitment it takes to find the time to do it every single day for 365 days is to be applauded. 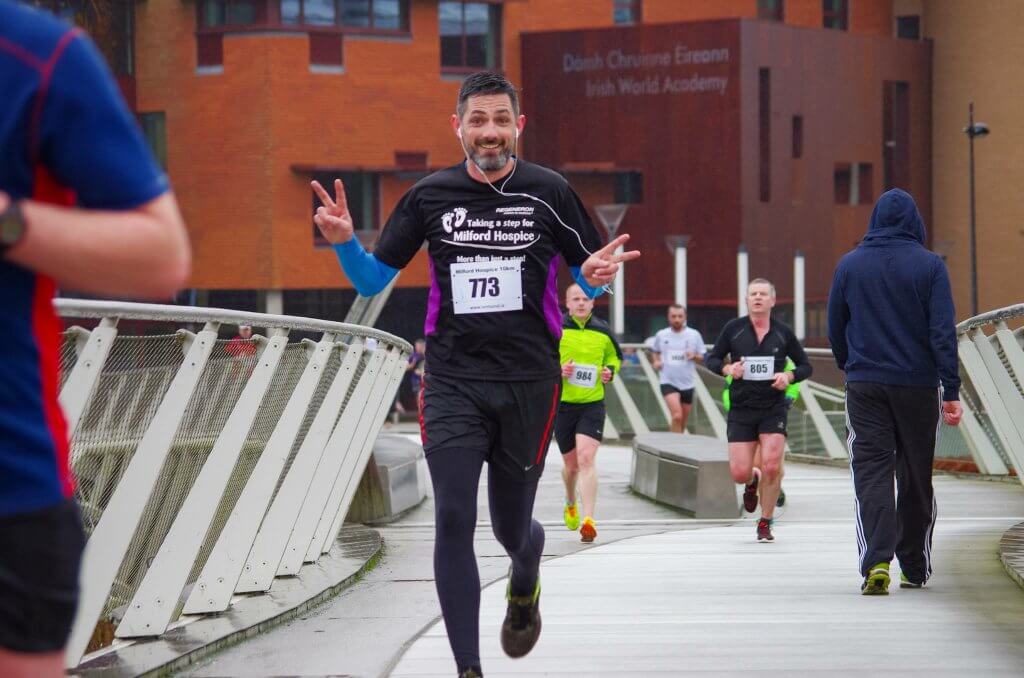 The professional speaker and executive coach came up with the idea when the running app Strava sent him a summary of his years running activity and he wasn’t impressed. “I thought I had a fairly active year but I realized some weeks I hadn’t run at all. I decided to challenge myself to get outside every day for 2018 and landed on attempting a 10km per day. I suppose I’m also trying to champion folks who are busy and find it hard to get out. Even though it’s only an hour a day the week can fly and there might not be any exercise or outdoor activity. For me it’s 10km but the most important part is getting out into the outside, nature and fresh air.”

“My body was really tired, but February my body started to react positively as my fitness increased and of course a 1.5 stone went in weight so I was lighter which made the running easier”

Ryan is 55 days into the challenge and still going strong but a whole year means no rest days. “That’s the reality that’s starting to sink in. But I take it day by day and it’s fulfilling to see 70km completed at the end of the week and then start again.”  What he is struggling with though is finding the time to squeeze in that hour of exercise on a daily basis. “The earliest I’ve run was 3.20a.m. due to an early flight and busy day. The latest I finished running was 11.43p.m. I just barely got it in. But I’m aiming to make it a morning thing once the mornings start to get a bit brighter.”

To start completely unfit and in one of the coldest months of the year must have been difficult. Ryan says, “January was tough as I literally just started on 1 January from nothing. Couch to 10km in one day. My body was really tired, but February my body started to react positively as my fitness increased and of course a 1.5 stone went in weight so I was lighter which made the running easier”. This means the hardest part is over, so Ryan is telling himself anyway. “Physically as all runners will know some days it’s great and I feel strong, others I’m wiped. Mentally it’s getting easier as I’ve two of the coldest months done it can only get better, right?”

We hope Ryan’s story will inspire some of you to get off the couch and take on a challenge, no matter how small, it all counts!

To the Test: MSR Reactor Stove

Let’s Get Plogging: The New Initiative to Clean up Our Roads

Let’s Get Plogging: The New Initiative to Clean up Our Roads