On first impression, Flossie Donnelly seems like your average 11-year-old. She is in the Sea Scouts, she sails and plays football and watches The Simpsons in her spare time. But Flossie is anything but average. In fact, she is really quite extraordinary. Although, we are sure that this humble girl who is living in Dublin would disagree. 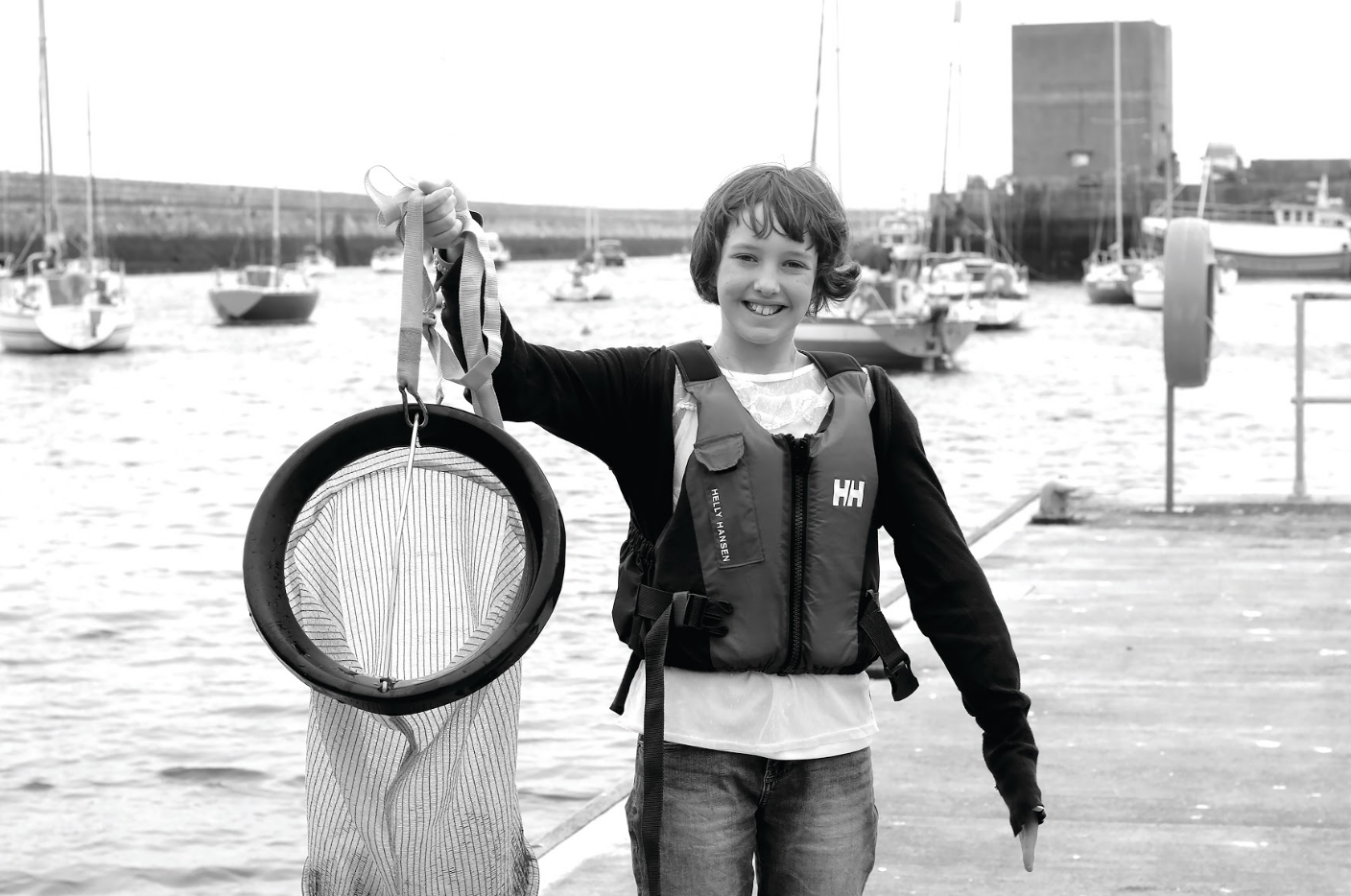 Flossie has a passion for the environment and a steely determination to make a positive impact on the planet.

In the past two years alone, Flossie has organised weekly beach cleans around Dun Laoghaire and Sandycove in Dublin throughout the summer (monthly in winter), she has spoken at numerous conferences and rallies, she has raised €4,000 for Ireland’s first sea bins in Dun Laoghaire and led the March for the Ocean in Ireland last June.

Her fundraising efforts for the sea bins was particularly impressive. Developed in Australia, the sea bin sits just below the water’s surface and sucks in floating rubbish. They can collect up to two tonnes of waste a year, including 83,000 plastic bags or 20,000 plastic bottles.

These bins do not come cheap at €4,000 plus taxes each. But that did not stop Flossie. Eager to raise funds as quickly as possible, Flossie hosted a table quiz, published a Go Fund Me page and organised a disco.

The company that supplied the bin was so impressed by Flossie’s fundraising efforts that they decided to send her a second bin for free, provided she covered postage costs.

The sea bins are now safely in Dun Laoghaire and, according to Flossie, are “collecting lots of rubbish”.

Not bad for someone who isn’t yet in secondary school eh?

However, this isn’t a new area of fascination for Flossie. She first became aware of the environment around her when she was just seven years old. She was kayaking while on holidays in Thailand with her parents and was horrified by the volume of waste in the water.

It struck Flossie that she should take action in order to ensure that her home coastline did not suffer the same fate.

Flossie’s first course of action was to set up a beach clean in Sandycove. She made posters to publicise it and hung them around the local area.

However, turnout wasn’t great – just three people showed up; Flossie, her mum and her dad.

But that didn’t deter Flossie.

Instead, she devised a new strategy. Flossie and her mum sought help from local councillor, Cormac Devlin, who advised her to use social media to raise awareness of the beach cleans.

Now, thanks to a highly engaged Facebook page, groups gather for clean-ups every week in summer, every month in winter, and the council now supplies gloves and bags for the clean-ups.

What’s so heartening about Flossie’s war on waste is the fact that she gets genuine enjoyment from her activities.

“I started a beach cleaning group to pick up the rubbish. But during the summer the beach cleans are magical. The sun is shining on the sea and it is really nice. And even if the weather isn’t good you can focus on the funny things that you find. We have found shopping trolleys, car seats, a TV, Christmas trees and loads more,” exclaims Flossie enthusiastically.

The youngster shows no sign of slowing down any time soon.

“On 15 of February I am trying to get every junior school in Ireland to strike for climate change to show the government education is important but so is saving our planet.”

This movement was not confined to Ireland. In fact, there were thousands of empty seats in classrooms across the UK and further afield too.

And what about when Flossie is older? What does the future hold for this passionate youngster?

“I want to be a marine biologist or a rock star when I grow up. Or ideally, a rock star who sings songs about the ocean,” she says.