There are so many outdoor and adventurous activities to try your hand at in Co Mayo, but one experience you won’t want to miss is walking or cycling the Great Western Greenway.

The most well-known cycle route in Mayo is without a doubt the Great Western Greenway. The 42km route from Westport to Achill (or vice versa) is a stunner! The Greenway follows part of the 19th-century Midlands Great Western Railway route and it is exceptional, off road and with insane views. Walk, bring your own bike or hire one, but do come and experience its magic for yourself.

Cycle time: A full day for the entire route

Access points: See map of the Great Western Greenway below 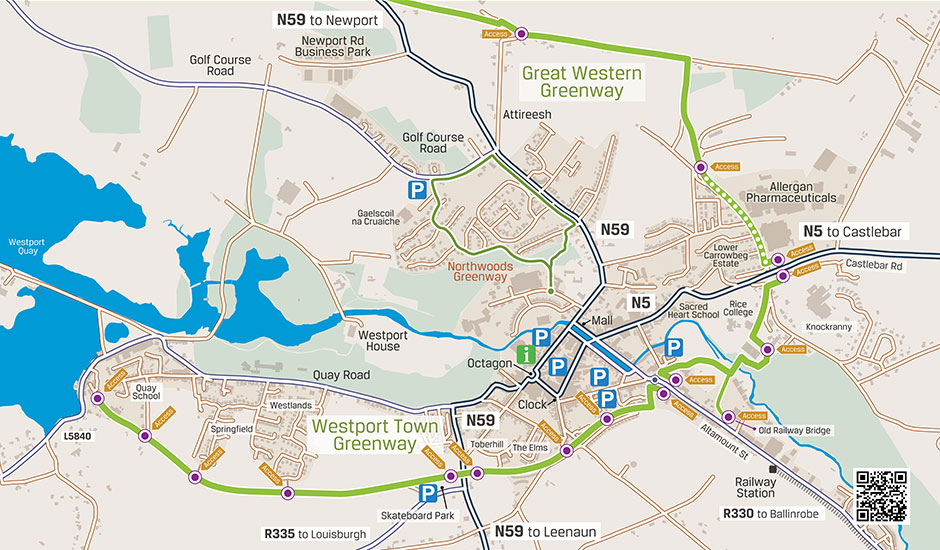 There are loads of places to hire a bike from, including the Greenway Bicycle hire, Clew Bay bike hire and Westport bike hire. The going rate for an adult bike is about €20 and €15 for a child. If you want to include the shuttle bus service then the price is €30 for an adult. Electric bikes are also available. 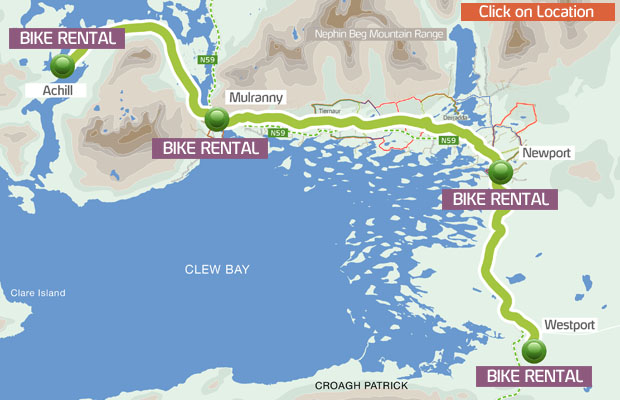 You have your pick of great accommodation along the Western Greenway. For hotels, we recommend the Mulranny Park Hotel or Newport House Hotel, but there are plenty more options available here. If you want to camp, there is also a ton of options. In Westport, there’s Westport House and Adventure Park. As for Achill, there’s Keel Sandybanks Caravan & Camping Park. There’s also several airbnb options in both Westport and Achill as well as hostels, our favourite being the Pure Magic Lodge.

How to get there

If you are driving from Dublin, take the N5 or M6. From Galway, it’s the N84 and from Belfast, it’s the A4. Trains run to Westport from most of the main train stations around the country. Achill Island is a further hour from Westport on the R319 and N59.

7 Fun Runs You Have to Sign up for This Summer