Athlone’s Patrick McDonnell has become the first Irish man (and second person ever) to swim the length of the Shannon.

In all my years interviewing endurance athletes and adventurers, never have I heard of an adventure going quite so smoothly. Despite a brief issue with his shoulder on day three and a bit of a headwind on Lough Forbes, nothing else went wrong. Paddy was blessed with incredible weather, zero cramps and the way he talks about the challenge, he could just as easily be discussing a quick dip at the Forty Foot, he is that nonchalant about the achievement! 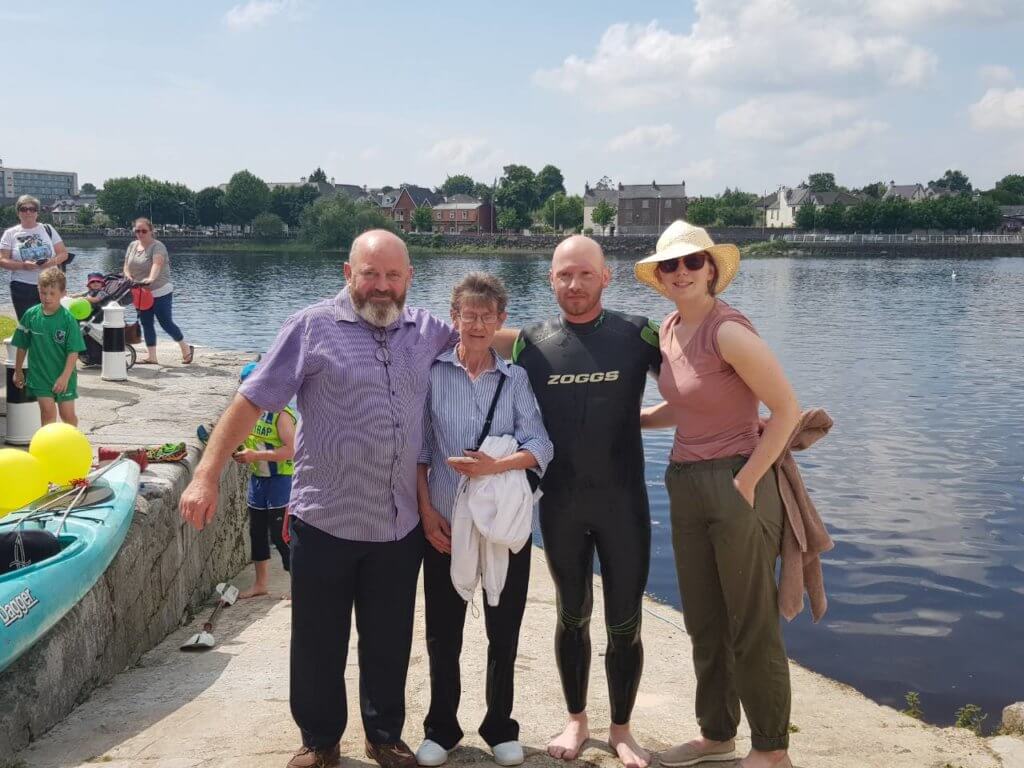 At 245km in length, the Shannon is the longest river in Ireland and Great Britain. Patrick McDonnell (34) who lives in Cloghan, Co.Offaly has just finished swimming the length of it to raise money for four great causes; Irish Cancer Society, Pieta House and two local community initiatives; Cloghan Hall Development Fund and Riverside AFC.

“There were a few moments where I’d get a bit lost, where the focus went or I got a bit annoyed or the wind picked up when I wasn’t expecting it to but you just have to deal with it. I’d just pop my head up and talk to the lad in the kayak for a few minutes and it kind of refocuses everything.”

The lifeguard and fitness instructor covered 30km–40km a day, completing the swim in a very impressive 14 days. He spent a minimum of 6-8hrs in the water a day and a maximum of 10-12hrs, starting in Dowra Co. Cavan and making his way all the way to Limerick.

The real challenge of a swim like this is staving off the monotony of been in the water for 6-12hrs a day. So to keep his mind occupied, Paddy says, “It was a lot to do with focus, I just occupied my mind thinking of jobs I had to finish, of jobs I did beforehand. Things like if there were any movies coming out shortly that I could look forward to. Even having a playlist in my head with a few songs that I’d start singing away to.

Don Hannon: The Ultra Runner Who Became a Running Donor

“There were a few moments where I’d get a bit lost, where the focus went or I got a bit annoyed or the wind picked up when I wasn’t expecting it to but you just have to deal with it. I’d just pop my head up and talk to the lad in the kayak for a few minutes and it kind of refocuses everything.” 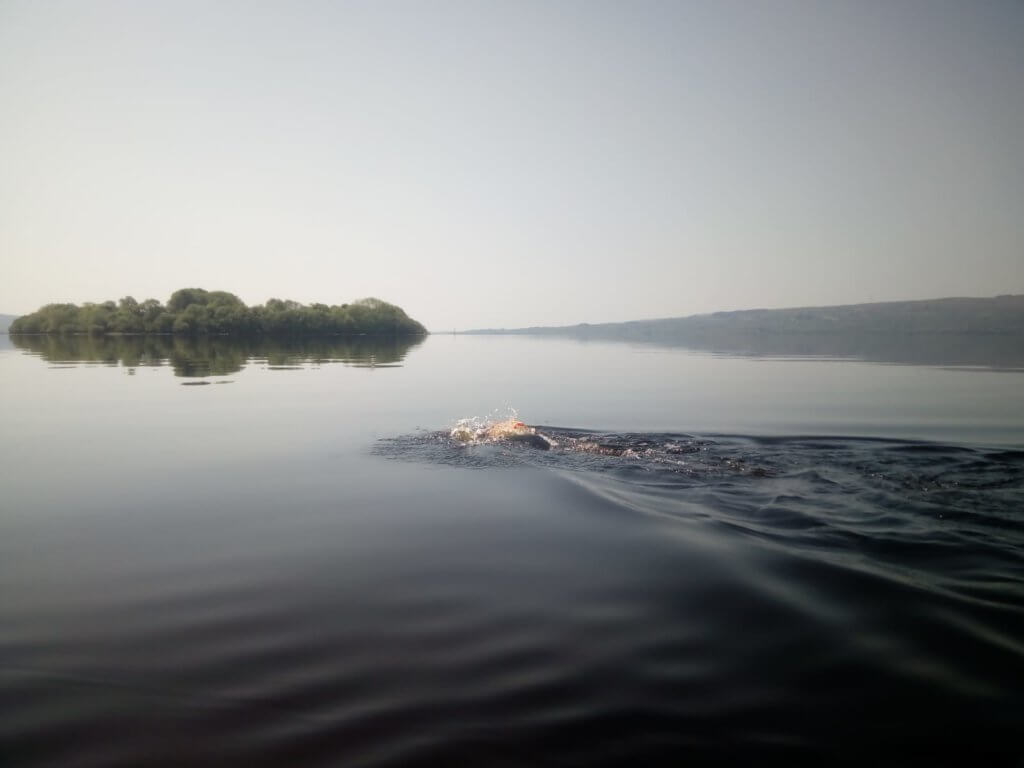 In the lead up to the epic swim, Paddy’s training consisted of long 3-4hr sessions in the pool building up to 10km in 3hrs. As for nutrition, he says,“I cut out sugar a couple of months before I started the swim so as to train the body to work off its own fuel sources, burning body fat for fuel instead of using sugar. I didn’t have one cramp the whole way through the swim which was absolutely brilliant. I had lots of bananas which helps prevent cramping of the muscles as well and plenty of carbohydrates for energy. It’s amazing what a diet can do on a long haul like that.”

The idea for the swim came into his head about two years ago when he did a swim from Shannonbridge to Bangaher. “Once I had a bit of food into me I thought I could have actually done more,” he says. Although he was the first Irishman to swim the length of the Shannon, he was not the first person ever. Last year, US therapist and cancer survivor, Dean Hall (57) pipped him to the post. 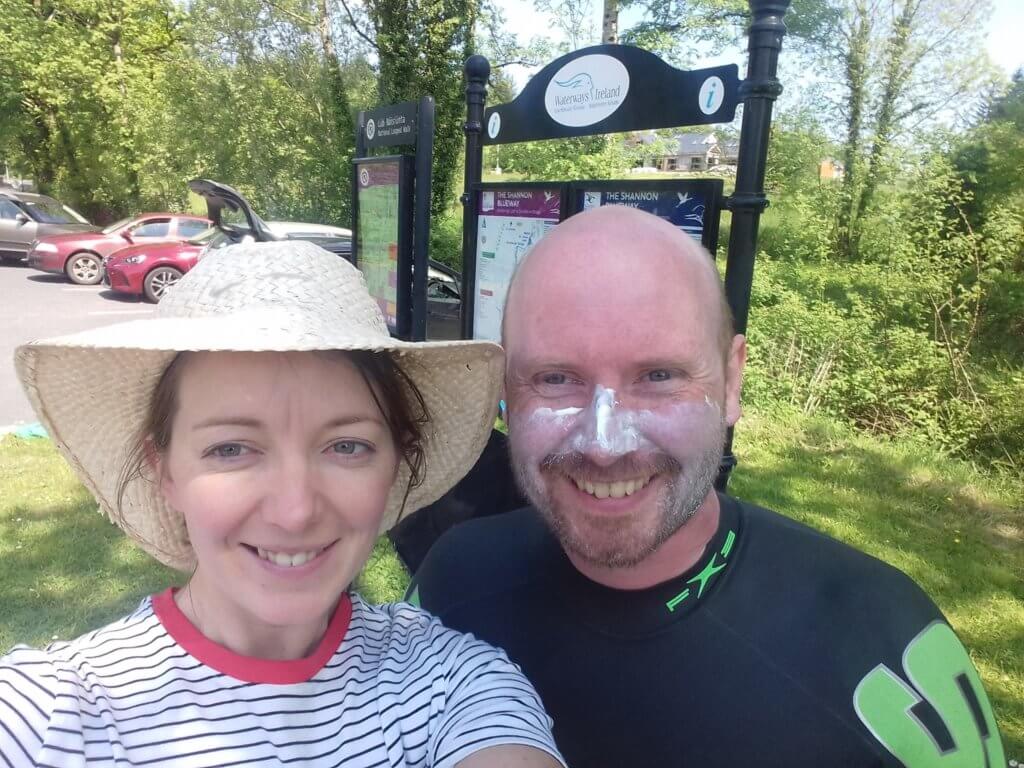 “I was asked if I wanted to join him but I couldn’t because I was getting married that year. It turned out to be a blessing in disguise. The weather I got for the duration of the swim was unbelievable, whereas when Dean Hall did it, the weather was brutal and he had to take two and three-day breaks. Whereas when we got to the lakes there wasn’t a ripple. It took Dean 24 days to complete it. He set a great benchmark.”

Paddy shrugged off any plans for taking on another challenge in the future, but when you hear someone say, “I was actually getting ready to put my wetsuit back on the day after I finished,” you know that’s not the last you’ll hear of him.

You can still donate to Paddy’s cause here.