Heavy pedestrian traffic haunts the amazing mountains of the world, sometimes leaving heaps of garbage and human waste in its path. We asked the question – how are these mountains keeping their paths clean and protected from the damage of human travel?

This year, Mount Everest’s waste management team saw a staggering jump in the amount of garbage and human waste on the mountain in relation to years prior (32,241 kg of waste from Everest this season: 1,579 kg more than was collected in 2017, and 6,321 kg more than was collected in 2016). The commercialization of Everest has increased the popularity and accessibility of the mountain, which, in turn, has increased the waste left behind. With more than 1,000 climbers attempting to summit the mountain every year, Everest has to tremendous volumes of waste, such as empty gas canisters, oxygen bottles, broken tent remains, sleeping bag bits, and other equipment, carelessly left behind by climbers.

Before ascending, hikers are required to pay a $4,000 deposit that ensures that each hiker will descend the mountain with absolutely everything that they brought up. The Nepali government has imposed a law stating that all climbers must bring down at least 8kg of extra waste (apart from their own waste) from the mountain to aid in the clean-up efforts. If climbers do not come back down with the correct amount of waste, they will lose their deposit, and legal action can be taken against those who disobey.

The Sagarmatha Pollution Control Committee (SPCC) oversees the collection and disposal of Everest waste. The Nepali government is trying desperately to maintain the beauty of this natural phenomenon by having humans reverse their own damage done to the mountain. But, how are other mountains dealing with the heavy influx of pedestrians and waste? How can governing bodies protect sacred nature from turning into our own personal garbage disposals? 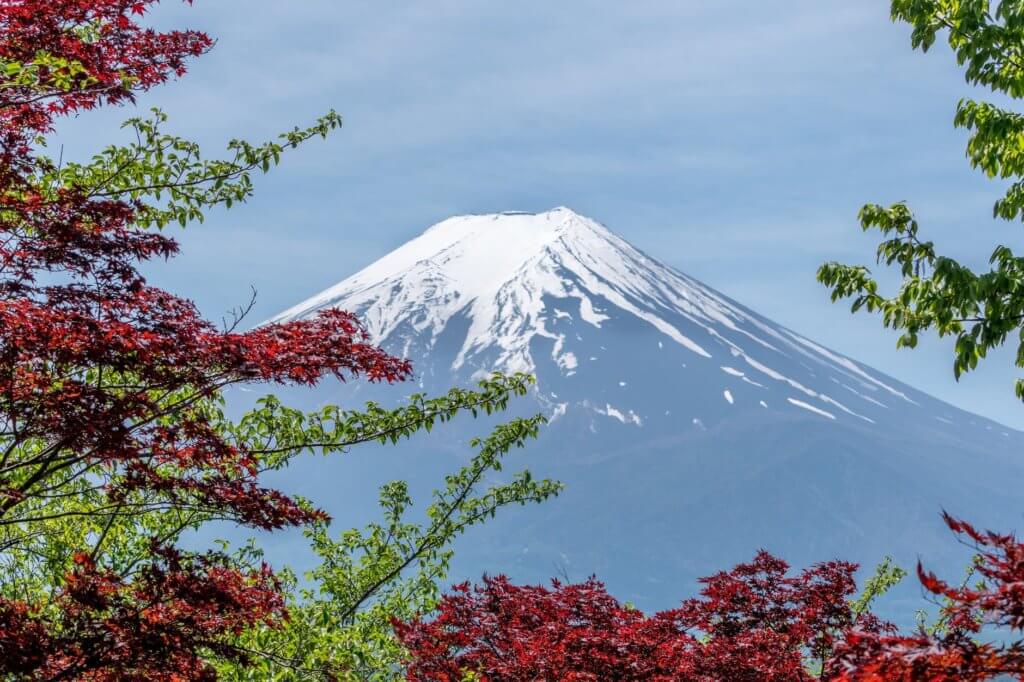 Standing tall at 3,776m, Mount Fuji is the most hiked mountain in the world, experiencing up to 300,000 visitors per year. Along with Mount Tate and Mount Hatu, Mount Fuji is one of Japan’s Three Holy Mountains and is officially a UNESCO World Heritage Site. And with no admission restriction and no limit on visitors, this sacred land has endured the trials of garbage and human waste.

In 1992, Japan applied to have Mt. Fuji inscribed on the World Heritage list, but was denied because it was deemed unfit due to its inability to meet World Natural Heritage standards. The mountain had serious environmental problems regarding human waste and trash. Garbage was strewn all over the paths from tourists and hikers, and the foot of the mountain became an illegal dumping ground for some local businesses and residents. Furthermore, human waste from the bathrooms provided along the route was discharged directly onto the rock, creating infamous “white rivers” of human excrement and toilet paper.

Then, in 1996, the Yamanashi and Shizuoka governments instituted the “Mt. Fuji Clean Operation,” which encouraged pedestrians to take home their own garbage and began to install eco-friendly toilets. Also, a cooperative fund was set up where visitors pay a fee of $10 USD to fund the environmental conservation of Mt. Fuji.

Among Japanese mountaineers, prevention of littering is commonly understood. For the Japanese, it is shameful to leave garbage that diminishes a natural habitat, especially one that is sacred. This means that most of the garbage along the mountain comes from tourist foot traction, leaving the Japanese to encourage good behaviour and habits from all those who hike Mt. Fuji.

The Japanese government has spent about 5 million USD on eco-friendly toilets that no longer dump the waste onto the side of the mountain. These new toilets use sawdust, recycled water, or an incinerator to get rid of the human waste without having to dispose of it outside, greatly improving the ecosystem of the mountain.

The public also aids in this endeavour with “Clean Hike Day” and volunteering to carry down human waste in containers. On the first Sunday of June each year, volunteers come together to participate in Clean Hike Day, a day where hikers climb the mountain and pick up any trash seen along the way. Volunteers, on various weeks, also come to the mountain to help bring down containers (safely) filled with human waste so that they may properly dispose of the matter.

The second most summited mountain in the world finds itself in the great state of New Hampshire in the United States. At 965m, the climb itself takes about three hours to complete. But, the appeal is not the height. Situated just two hours outside of Boston, this mountain is easily accessible and gives the illusion of being days away from any concrete jungle.

Once again, with foot traffic comes waste and Monadnock National Park along with the state of New Hampshire is cracking down on those who tarnish the natural lands with garbage. In the state, those caught littering can face up to $2,000 in fines and/or one year in prison.

Also, upon noticing the influx of trash accumulated along the trail, Monadnock National Park set up some regulations to combat garbage. New gravel lots were built at the base of the mountain for parking and once the lot was full, cars would be turned away, minimizing the number of people hiking each day, therefore, minimizing the amount of garbage accumulated. There are also bathrooms at the base of the mountain and Port-a-loos along the trails at designated areas to minimize human excrement on the mountain. 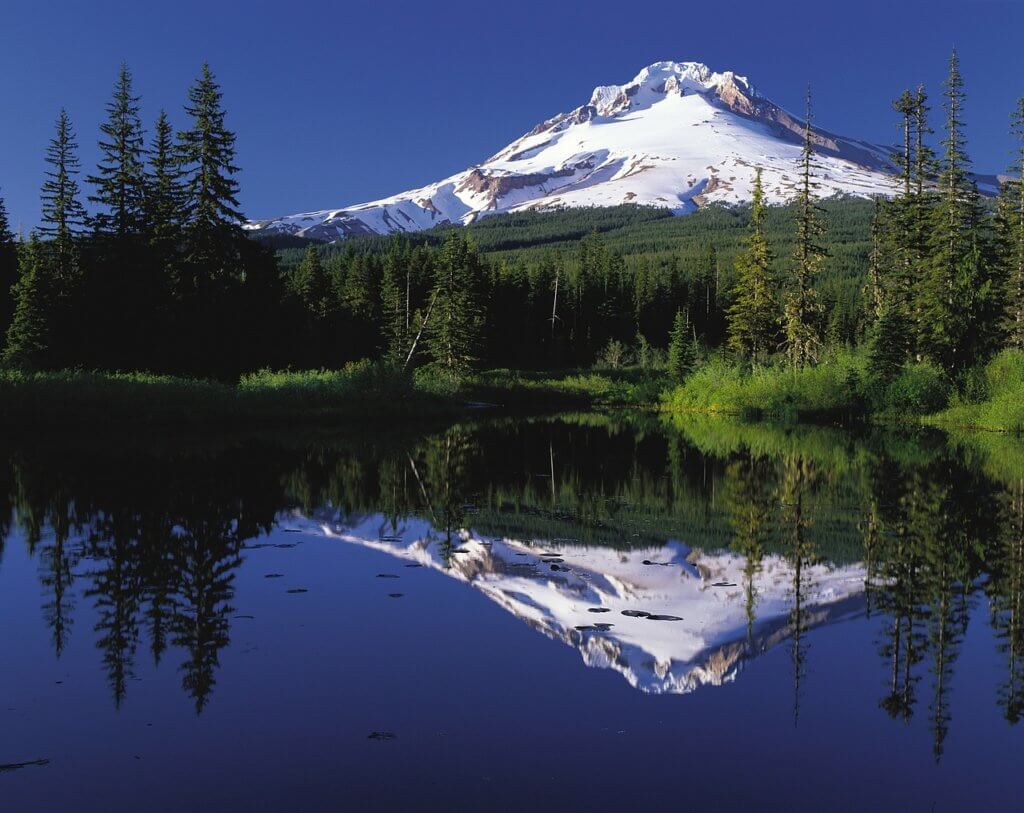 Mt. Hood is part of the “Leave No Trace” initiative that encourages climbers to quite literally leave no trace of them ever being on the mountain. This means that all human waste should be disposed of within blue bags that are available year-round, free of charge, in the Climber’s Registration. You must then carry the bags back down with you on your descent. Even “biodegradable” materials such as banana peels should be disposed of in the bags and taken back down the mountain. 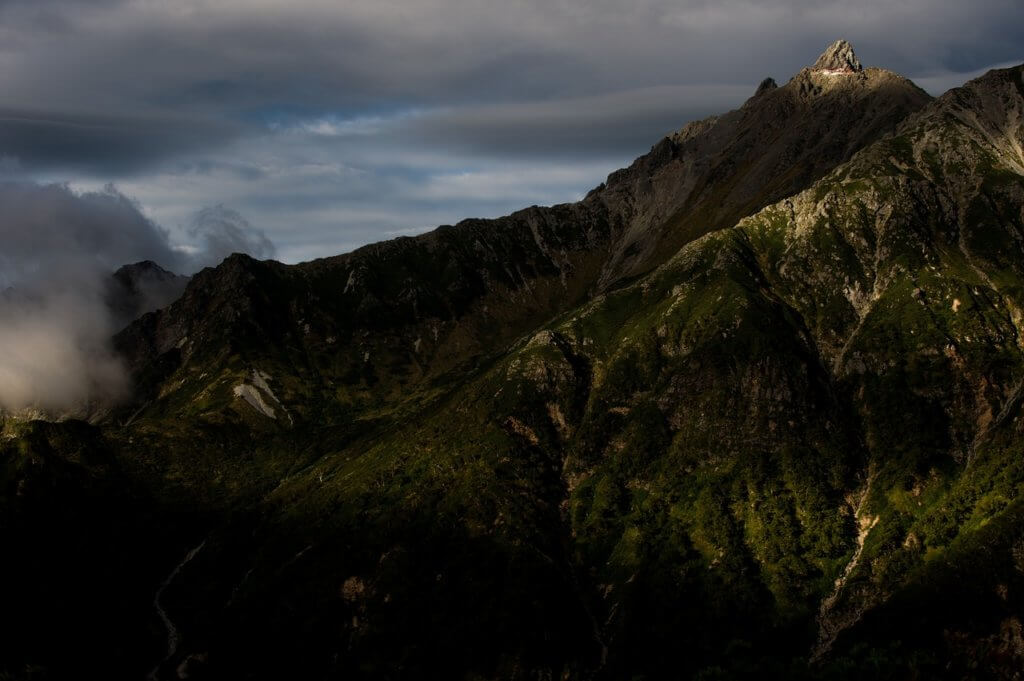 Adam’s Peak is a sacred mountain in Sri Lanka best known for Sri Pada (“sacred footprint”), which is a 1.8m rock formation near the mountain’s summit that is believed to be the footprint of the Buddha (in Buddhist and Hindu tradition), the footprint of Shiva (in Islamic tradition), and the footprint of Adam (in Christian tradition). Due to its sacred nature, thousands of Buddhists, Hindus, Muslims and Christians flock to its peak as a pilgrimage for their religion. They take varying and difficult routes up the 2,343m mountain and climb thousands of steps to reach the top.

To keep this holy mountain clean, there are toilets and trash bins about every 20 to 30 minutes on the trail.

As one of the most important monuments in China, Mount Taishan is a world-renowned mountain that represents thousands of years of Chinese cultural history. With 1,800 stone tablets and inscriptions, and 22 sacred temples, this mountain is a well-trafficked area of people wishing to witness history in real life.

Mount Taishan is officially a World Heritage Site and therefore, meets all the requirements of authenticity, which UNESCO defines as form and design, materials and substance, use and function, traditions and techniques, location and setting, spirit and feeling. In order to meet and uphold these requirements, the Management Committee of Scenic Spots and Historic Sites of Taishan has protected the ancient geological relics, architecture, and rare trees and shrubbery within the forests of the mountain. The Bureau of Hygiene and Environmental Protection protects the environment of the mountain, and financial resources for the maintenance and protection of Taishan are allocated by the government and supplemented by entrance fees to scenic areas.

To further protect the ancient holy site, in 2004, the government of Taian City acquired the World Heritage property area for highest-level protection within which any construction project must be approved by relevant administrative departments according to established laws and procedures. This means that any and all changes made to the environment and architecture of the mountain must pass extensive reviews and jurisdiction before being applied. 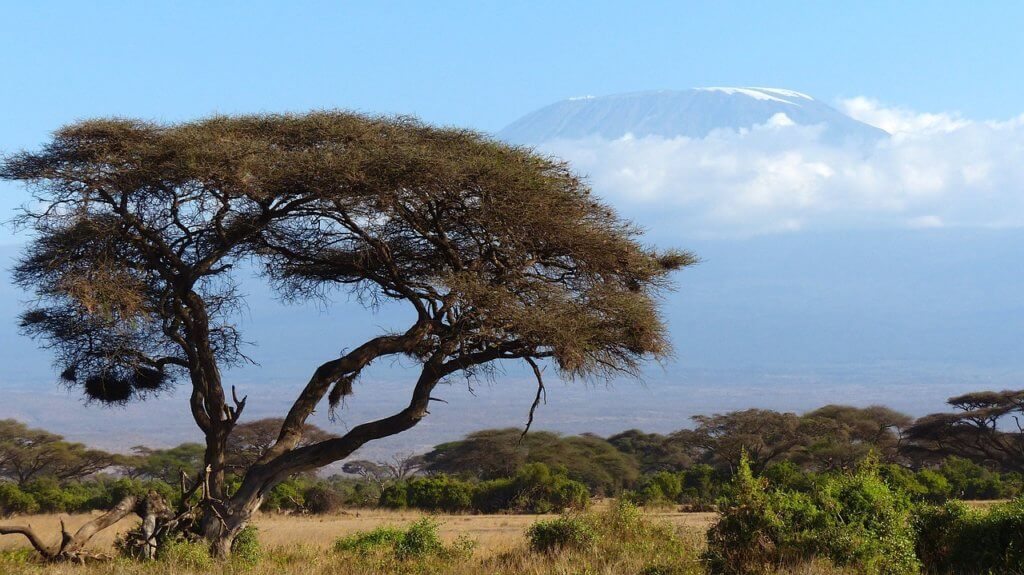 It is estimated that about 25,000 people trek to the top of Mount Kilimanjaro in Tanzania every year. Kilimanjaro National Park (KINAPA) has certain regulations to keep the park and the mountain clear from waste generated by humans who hike to enjoy the beauty and thrill of the landscape.

The park employs clearing crews at each campsite who are hired to bring down any garbage found. Also, at all of the huts and campsites, every trekking group must have its rubbish weighed by the ranger. If the garbage weighs less than before, the guide of the group could have his license temporarily revoked and/or have to pay a heavy fine. This is more than enough initiative for each group to keep track of everything that they carry, making sure to leave no garbage in their wake.

Croagh Patrick is an exceptionally well-climbed mountain, and the more hikers come to this iconic spot, the more dangerous the paths become. On the last Sunday of every July, thousands of pilgrims climb Croagh Patrick in honour of Saint Patrick, who is said to have fasted and prayed on the summit for forty days in 441 A.D. The sheer volume of pedestrians throughout the year, combined with the masses that flock during this Sunday, erode the path to a point where it becomes unstable. The visitor centre and park advise that climbers be prepared for any type of terrain or weather on the paths, which includes proper footwear and clothing, as they repair the paths as often as possible.

The bottom of the mountain is heavily populated with cafes, gift shops, and information centres which provide trash bins, toilets, and food to the climbers. The general rule of thumb that is followed on this sacred mountain is, if you take it up, you bring it down. There are plenty of places at the bottom of the mountain to relieve yourself and to throw away any unwanted rubbish, so there is no need to litter while ascending the gorgeous mountain. 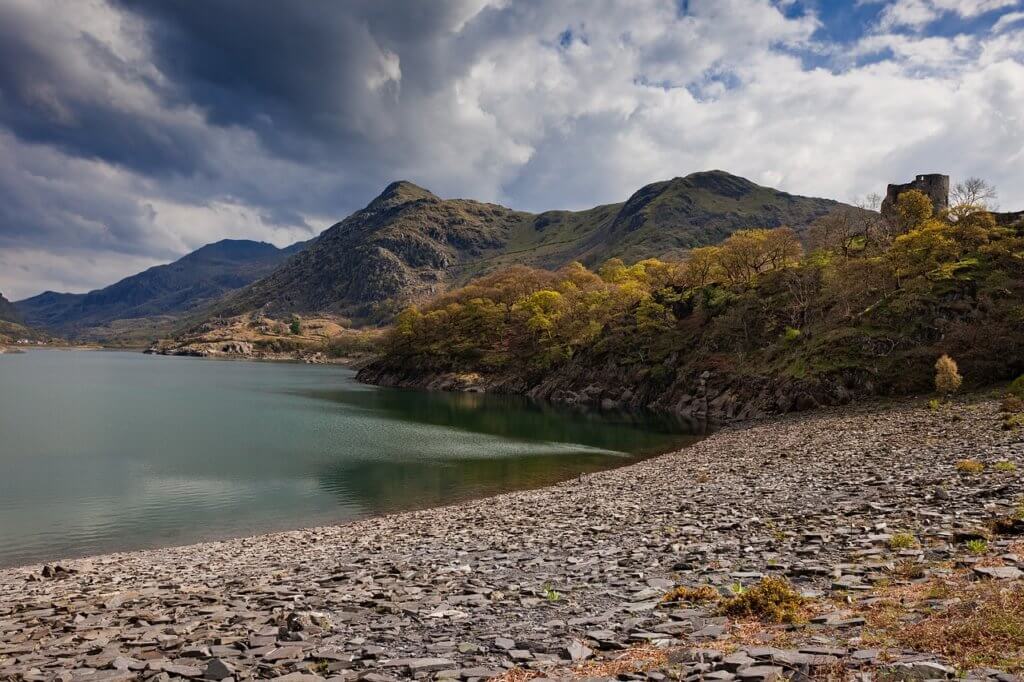 Mount Snowden’s summit sees about 600,000 people each year, thanks to the train that bring people right to the top of the highest peak in Wales. Recently, the public has become outraged at the amount of garbage strewn at the peak of the mountain and the government is constantly concerned about the welfare of the walking path itself based on the sheer volume of foot-traffic each day.

The Snowdonia Society has raised concerns that the popularity of the mountain is having a negative impact, particularly on footpaths. The society wants to encourage walkers to explore other peaks in the National Park to allow the National Park Authority to be able to repair the paths more easily.

Job Alert: Basecamp is Looking for Outdoor Lovers to Join its Team