A conversation with Anthony Mullane, a Section Leader with Copper Coast Scout Group, one of Scouting Ireland ‘s most proactive clubs.

For some growing up Scouts was a refuge if you weren’t naturally sporty, or for those seeking something more than the two pastimes offered up to the children of rural Ireland: soccer or GAA. “As a kid, I was never really good at sports. I joined the Cubs when I was seven, I was a member of the 15th/25th Sacred Heart Scout Group in Waterford. It was the perfect fit for me. I went up the ranks until I was about 16-17 and then I found girlfriends so I left!” recalls Anthony. Fast forward to today and Anthony Mullane (47) is a Waterford Bar Manager, husband to Lisa, father to Oscar and Anna-May and a section leader of the Copper Coast Scout Group. 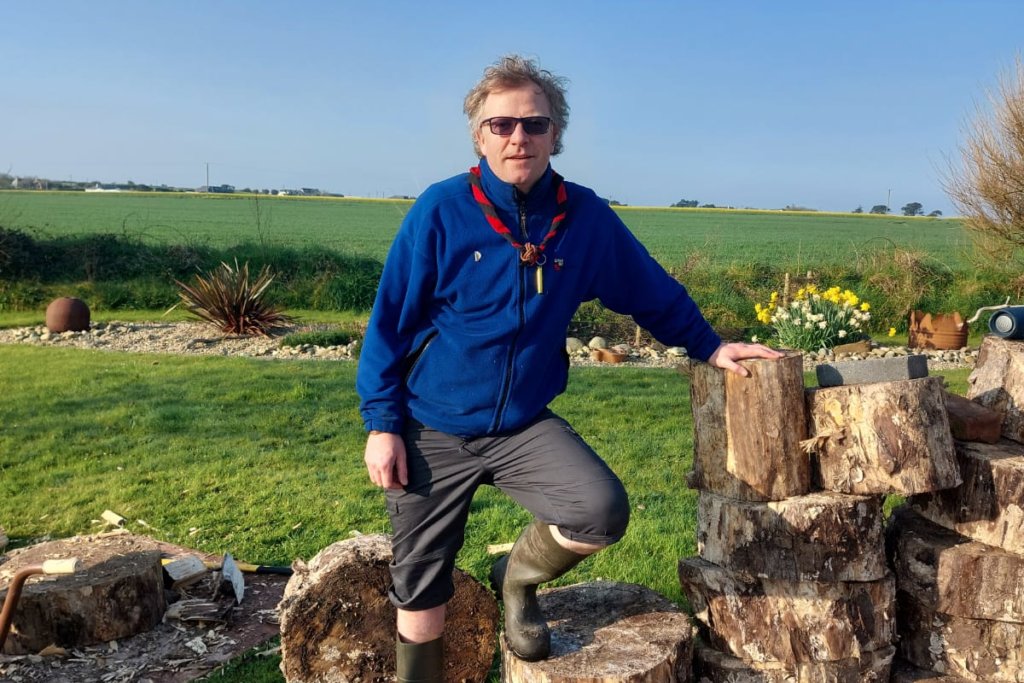 His Scout Group is a particularly proactive club, “We try to put together the best package that we can for the kids. Last night, we had bicycle maintenance. Kids aged nine to 12 learned how to fix punctures. We taught them with the old-fashioned bucket of water, blow up the tube, find a hole, fix the puncture and get it back on the bike. So, it’s not all lighting fires, although a lot of kids if given the choice would light fires every week!”

Anthony’s two children joined the Scouts at a young age and through that he quickly became more involved. Six years later, he is in it for the long haul. “I was curious and willing, I suppose. I live in a lovely community and we’re the blow-ins; I’m from Waterford but not from this area and Lisa is a Dub. There are a lot of people out there doing amazing stuff for the community around us and I felt I could give some of my time. Scouting is something that I knew and it’s good to help.”

His whole family is now involved in some capacity and the impact on them has been wholly positive. “They kids look forward to Wednesday evenings. Anna-May comes with me to Cubs and they could be mortified with me over 40 other things, but they’re never mortified over me being their Scout Leader. You can see her development over the couple of years that she has been involved in it, she has the information and now she’s imparting it on to the other kids, and that’s amazing to watch. Because you understand your own child very well and you understand what their capabilities are, so when you see them going and teaching something to another person at 10 years old, be it an adult or a child, it’s great. You get a buzz from that,” says Anthony.

“You’ve brought these kids out there into the wild, some of them hadn’t slept in tents before let alone spent the night looking up at the stars in a hammock. Jesus, that was amazing! And that’s some reward.”

“My son has moved on to his first year of Scouts. Leave No Trace is a big element of our section, so we don’t burn fires on the ground anymore, we burn fires up off the ground using the right instruments. This takes a bit of skill and that is one of the things he is learning these days. Last week, he did a lot on first aid and came away with a level three or four understanding of it. That set of life skills that they’re getting is a big bonus to me as a Scouter and as a parent. We get something out of it and they get something out of it. And he is off to cycle across Holland and Belgium this year with Scouts. He will be 13!“

As a section leader, volunteering can be a bit of a time investment, but the rewards are obvious. “Over the course of the winter, we’ve been teaching the kids different things like knife handling skills, how to use flint and steel to light a fire, how to pitch a tent, orienteering, etc… At an event the other day, we saw all of these skills coming to the forefront. They were pitching Icelandic tents, they were practicing how to use hatches and axes, they were lighting fires, cooking on open fires and stuff like that. You could see by running a good programme that they’d taken in what they had learned over the winter. You could see it wasn’t all brand new to them and you’re thinking, they’re getting it, they’re getting it! The return there when you put in the time and effort is great!” says Anthony. 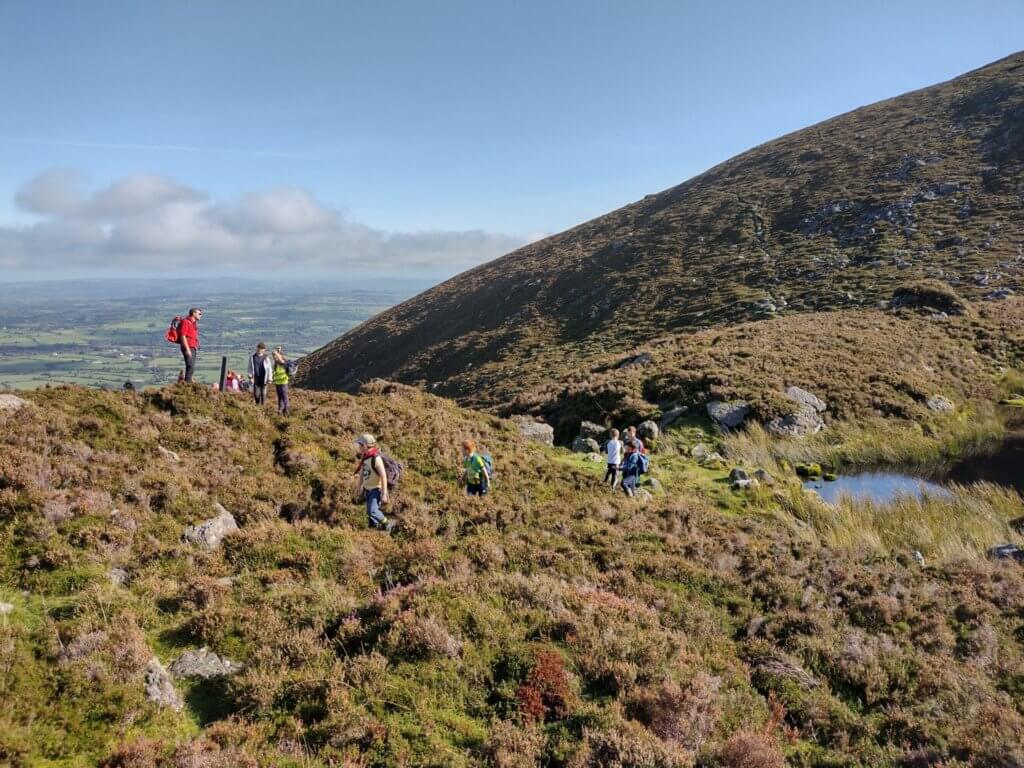 Last year, Scouting Ireland temporarily banned camping due to Covid-19, so the Copper Coast Scout Group went hammocking instead. “We went into the forest, the kids brought sheets along and we built hammocks. That was a great night. It was the annual camp (the end of scouting for the season) and you’ve brought these kids out there into the wild, some of them hadn’t slept in tents before let alone spent the night looking up at the stars in a hammock. Jesus, that was amazing! And that’s some reward.”

It’s a community. Each of the volunteers has their own set of skills, that when combined makes for something special. “Sometimes people think it’s just a load of nerds who volunteer, it’s really not. We have Claire, one of our leaders, who is a Marine Biologist. We have night hikes on the beach and she imparts amazing information to the kids. Another volunteer, Dermot, works for Boston Scientific, so he’s got a different skill set. He’s got an engineering brain and he’s very good at compass and orienteering work. I’m not great at that part, it’s just not my forte. It takes many different people to make the cogs on the wheels turn and that’s what you’re looking for when you’re recruiting volunteers.”

Scouting Ireland is always looking for volunteers, and anyone can get involved, regardless of their experience. To get involved, check out Scouting Ireland, you can easily find your nearest group using the Group Locator. They are really flexible, if you can’t commit for the long term, there’s always the option if you’re an expert in an area you can come down for a few evenings and share your skills.

Finding My Community in Scouts

Finding My Community in Scouts