Have you ever loved something so much that it becomes part of your identity, part of your very being? When your life and your hobby become so intertwined it is impossible to disentangle, to separate? It all began at the age of 10 for Jill Pitcher Farrell, when she joined the 5th Port Sea Scouts Dollymount. Thirteen years later, in May 2021, Jill made history by becoming the first female and the youngest Chief Scout that Scouting Ireland has ever had.

It becomes evident mere moments into our conversation that Jill doesn’t like to sit still for too long. Alongside her position as Chief Scout, she is currently completing a research masters in soil science at the University of Limerick. On top of this, she is an avid kayaker and ambassador for Canoeing Ireland’s Bridge the Gap initiative which promotes women in Paddlesports.

“Scouting has been a big part of my life since the moment I started. I’d spend every weekend down at the Scout Den. We’d have meetings on Thursday nights, but we often had something on a Monday or Tuesday and anything that I could find, I would go down and do it,” she tells me. 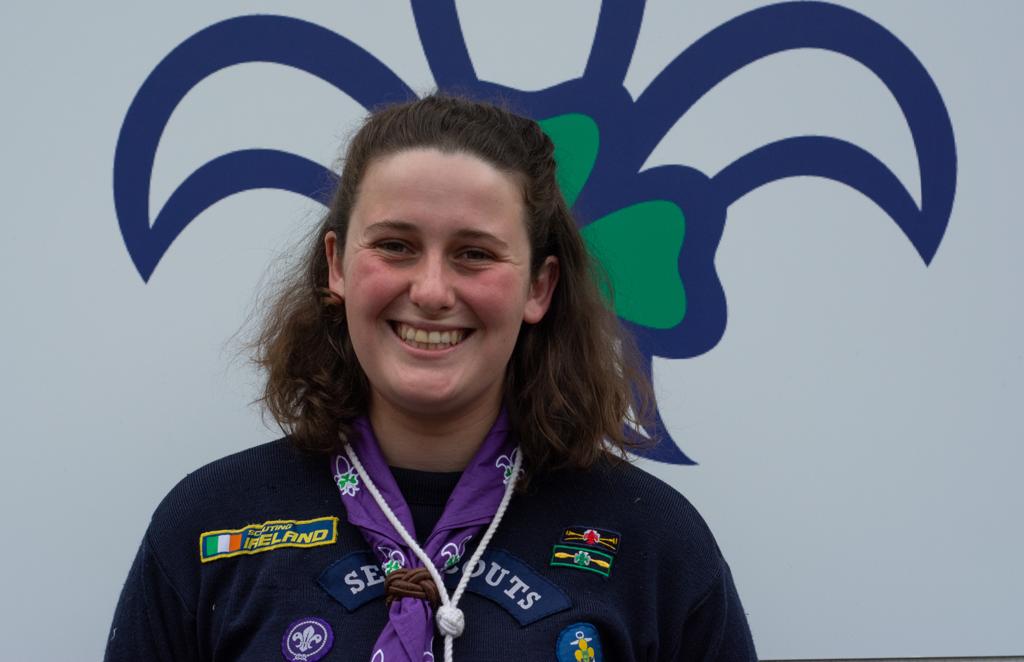 For those of you not overly familiar with the world of scouting, you may (like me) have harnessed a more stereotypical notion of what it entails – singing songs around campfires and whittling knives, overlooked by the Chief Scout (usually a balding man in his late 50’s). About ten minutes into my conversation with Jill, she had flipped all my preconceived notions on their head. There is so much more to Scouts than I ever knew.

“I don’t think I realised at the time how much I was learning from it. When I started going to college, I suddenly realised Scouts has taught me so many skills. The fact that from the age of 13, I was in meetings planning what we were going to do meant that by college I already knew how to run a meeting, how to identify and distribute tasks, and what the outcomes would be. I quickly realised that there are a lot of 18 and 19 year olds who have no idea how to do this. Aside from the outdoor skills, what has stood out to me the most is the organisational skills, time management, leadership and teamwork skills you pick up from Scouts. All of those elements that you don’t necessarily see or realise straightaway, they’re huge,” says Jill.

“I thought for a youth organisation, why don’t we have young people right at the forefront?”

You learn how to think for yourself, to stand on your own two feet but with a safety net, someone there (usually a wise volunteer!) to help if things get too difficult. At 16 years old, Jill organised a trip for a group of her fellow Scouts to hike some of The Kerry Way. The weather turned sour, as Irish weather often does, and they were still out on the mountain as night was falling. “We had to figure out how to overcome that, to get ourselves out of that situation as quickly and safely as possible. At 16, it was such an exciting thing to be doing. It was kind of scary as well. We were being supervised, there were people there to help but you still have to problem solve and figure it out for yourself. I remember distinctly that one of the girls wasn’t wearing a proper raincoat and we had to wrap her up in a bivi and tape it to her so that she wouldn’t get soaked. It’s those little things that I didn’t realise most 15-16 year olds don’t know how to do. They don’t have those kind of opportunities to test themselves,” says Jill.

At the age of 19, Jill helped organise a trip to Rotterdam for a little challenge for the troops, “We divided everyone into small groups of six or eight and each group of 12-13 year olds had one or two 16-17 year olds with them. We gave them tram tickets to go wherever they wanted within the city. It was such a simple thing. The 12-13 year olds were so excited because they’d never been allowed to go off even in Dublin without adult supervision, never mind being in a foreign city. I think that freedom is hugely beneficial. We were never more than 15 minutes away, so you’re safe but you feel like you have a lot of freedom and a lot of space to develop as a person. I think that’s why I loved it so much and why I’ve developed so much as a result of it.” 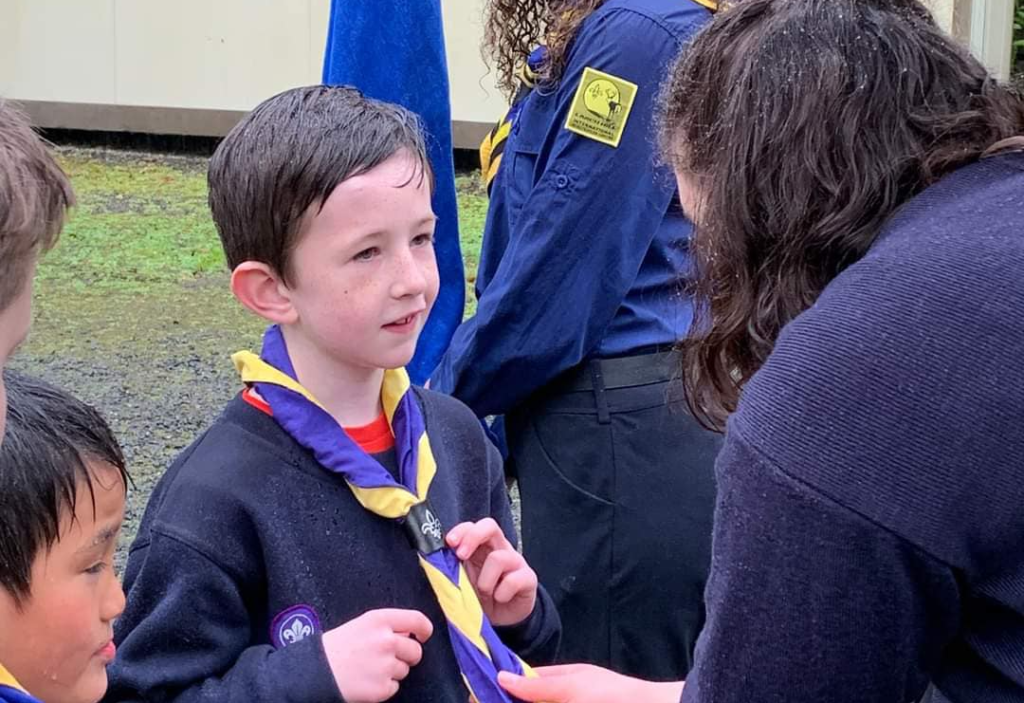 A few years ago, Scouting Ireland restructured, changing the role of the Chief Scout from a mostly administrative role to one more focused on being an ambassador for the organisation. This change of structure piqued Jill’s interest, “I thought, wait a second, this is actually something I could see myself doing now. It had always been someone a bit older, it had always been a male. I thought for a youth organisation, why don’t we have young people right at the forefront?

“When I got elected, a lot of people were really excited by it. I find that I’m able to sit down and really engage with the groups. I’ll be talking with 16-17 year olds, and it only takes a couple of minutes to kind of crack them open a little bit as they’re not too intimidated by me, which I think is nice.”

If you are past the age where you can join a Scout group, the volunteers seem to have just as much fun and learn a lot. According to Jill, “It’s an adventure for yourself. You can learn so much from volunteering. I love watching the young people grow, seeing their development over a couple of weeks or a couple of years. I find it hugely rewarding. We’re helping to create young people who are really equipped to deal with whatever the world throws at them. Hopefully, we’ve given them the morals to go out and literally create a better world. And I really believe we are.” 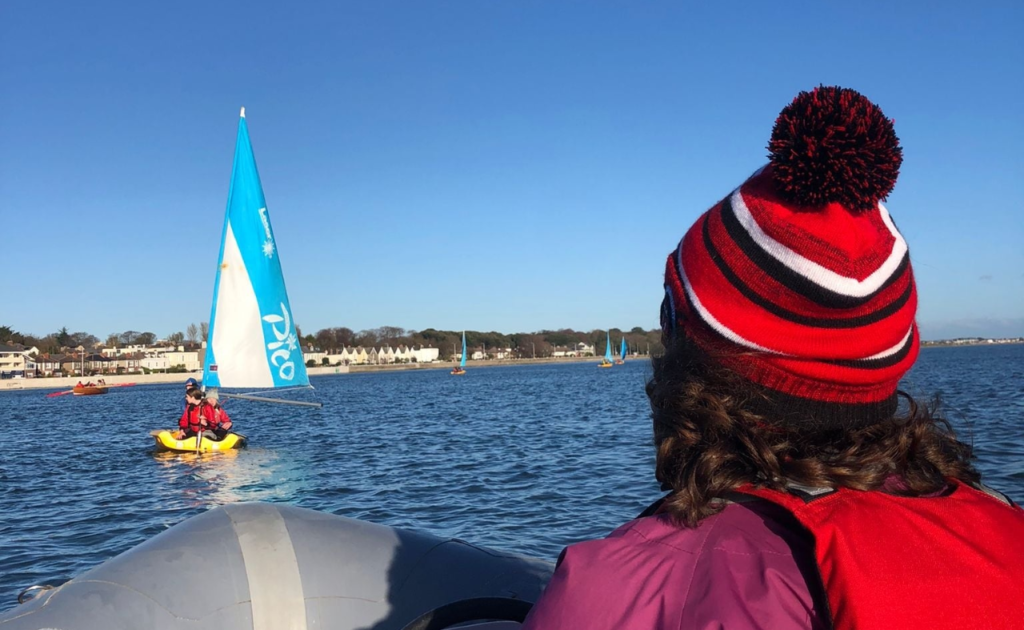 Scouting Ireland is always looking for volunteers, and anyone can get involved, regardless of their experience. To get involved, check out Scouting Ireland, you can easily find your nearest group using the Group Locator. They are really flexible, if you can’t commit for the long term, there’s always the option if you’re an expert in an area you can come down for a few evenings and share your skills.

On a final note, Jill says, “Most groups have a waiting list for youth members, but are really stuck for volunteers. We want to be able to facilitate as many young people as possible. So if you’re in any way interested in getting involved, we’d love to have you! It’s hugely important to keep that space for young people and get them outside. There’s no way we can help to create people who are going to protect the planet if they’re not appreciating it and engaging with it from a young age. I think it’s important for adults as well to also get that and sometimes just getting your feet dirty is all you need to remind you that the outdoors isn’t so bad.”