Revered for being the first person in the world to successfully complete the Ocean’s Seven Challenge (the swimming equivalent of conquering the highest mountains on each of the seven continents), the legend that is Steve Redmond (53) is now taking on yet another epic challenge (and another world first) a tad closer to home.

The Carlow man (but now West Cork local) is set to take on a unique and never-before-attempted Irish endurance challenge in aid of West Cork Underwater Search and Recovery. At the end of August, he will take on a 40km swim from Baltimore Harbour all the way out to the iconic Fastnet Rock Lighthouse and back! English channel rules apply, which means just togs, goggles, a hat and zero contact with the boat. We caught up with Steve to chat about the upcoming challenge and to have a good laugh about the madness and simultaneous brilliance of the sport of open water swimming. 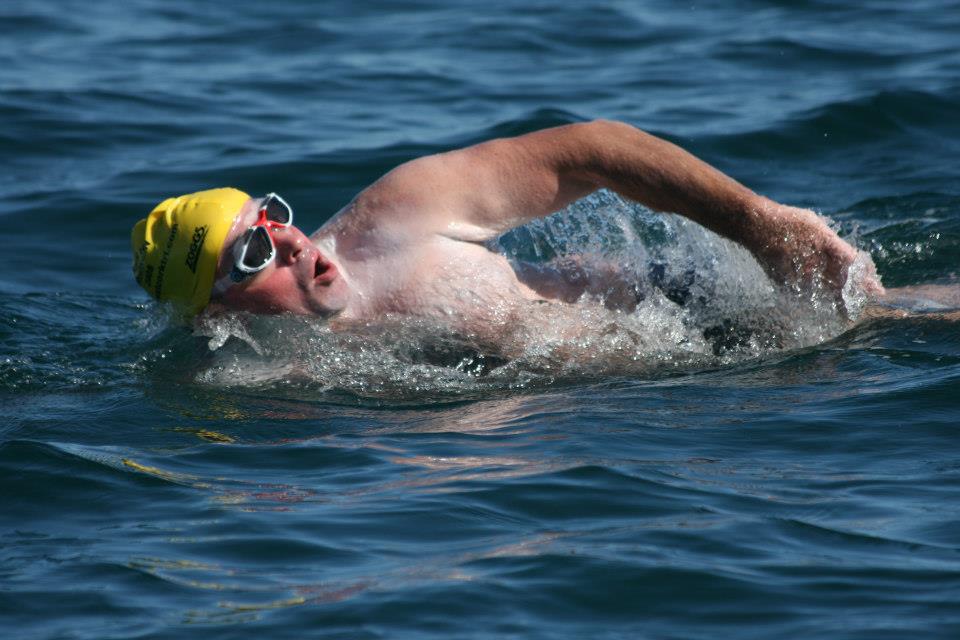 “It’s just one of those stupid ideas you get in the middle of the night. The Fastnet has rather tragically been an obsession of mine since I moved to West Cork. The first six-hour swim I ever did in my life was from Fastnet back into Baltimore and my father-in-law died that night, so it is kind of locked and loaded in my mind.” And Steve is definitely one to follow through on any mad middle of the night idea.

“It’s just a mental, mental game. Hopefully, we’ll get out there in 6-7 hrs, hit the Fastnet and come back in. Nobody has ever done a round trip here before. You start getting very tired after 10-11 hrs and you could be out there for 16-17 hrs. The place to watch out for is the gap between Sherkin and Cape. It is just a notorious suck, several swimmers have gone in there and can’t go any further because they got stuck in the suck of the tide coming through the two islands. I’ve been swimming a minimum of 45km a week for the last six weeks to train for this.”

“A jellyfish breaking up in your face; it’ll always hit you in the face for some unknown reason. The sharks won’t kill you, the jellies will. They wear you down until you get very tired and sore.”

Steve is swimming in aid of West Cork Underwater Search and Recovery (WCUSAR) in order to raise some much-needed funds for the unit. It is an entirely voluntary organisation serving the people of West Cork 365 days per year. “When I was doing the Seven Oceans, all the people in this area backed me. I thought it was time I did something for them, to try to raise a few bob and raise their profile. I owe everybody down here so much,” he says.

It’s far from his first time out in the waters around Fastnet and a brilliant story seems to arise from every one of those dips, “One of the times I wasn’t taking the feeds very well. I was getting sick. The crew dropped in a swimmer, a buddy of mine, alongside me. The rule is they can’t swim in front of you but are just there for support,  you get your stroke back watching them swim. Anyway, in he came, and just as we were approaching Fastnet there were 200-300 blue sharks all around us and he didn’t realize there were sharks in the water. He looked down and looked at me and said, ‘I didn’t sign up for this shit, Steve.’ It was the funniest thing I ever heard, I took on a gallon of water I was laughing so hard and then I puked up all the feed. A blue wouldn’t even go near you but they were schooling around chasing mackerel or something. But it was a pantomime. 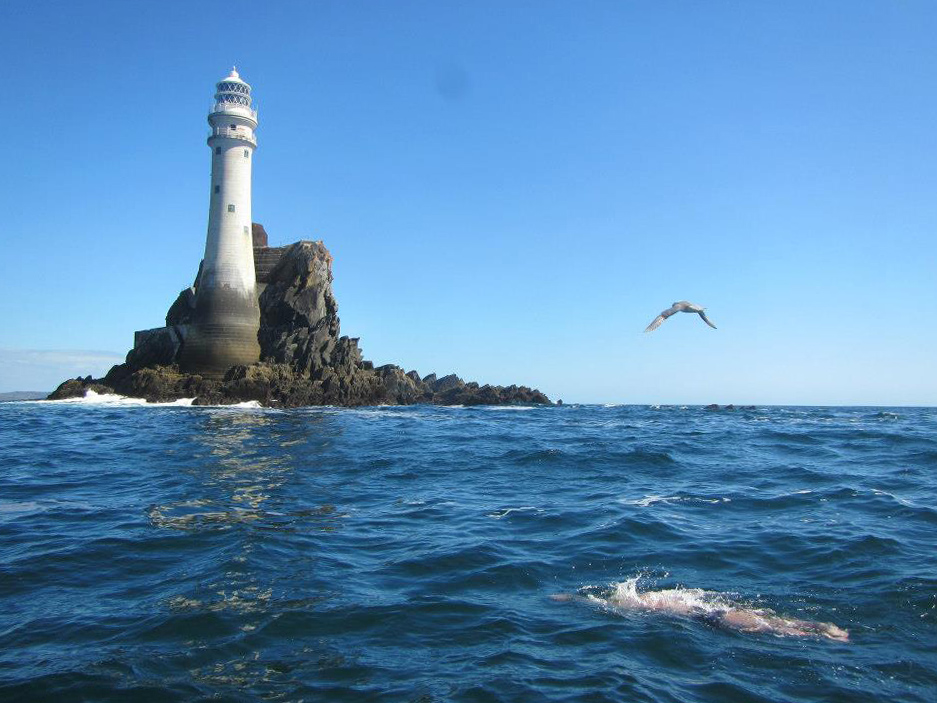 “We have plenty of jellies out there too, which is a delight. You’re just swimming along and then you’re straight into a stinger. A jelly breaking up in your face; it’ll always hit you in the face for some unknown reason. The sharks won’t kill you, the jellies will. They wear you down until you get very tired and sore. It’s a stupid sport isn’t it?” he laughs.

Daft perhaps, but bloody hell, it’s brilliant. There has got to be something that is drawing the hoards of Irish to the open water. “I do a swim in the morning at 6 am in Lough Hyne. There’s nobody around, you’re just with yourself and your thoughts and Jesus comes along and calls you an idiot. You’re in the wilderness and you have nobody to rely on but yourself. You come back different than when you went out.

“I’m 53 years old, I’ve lost a lot of people along the way and I always work on the premise that they were better than me and I’m kind of doing this swim for them. There are only one or two seconds when you finish and you say ‘f**king hell, we got away with it.’ And that’s all it takes! I know I can’t stop. It’s an obsessional thing. I try every day to just push it a little further. I just need the water.”

This man is a living legend and if you can spare a few quid to donate to his cause and all the trojan work the WCUSAR is doing then please do.

You can donate to of West Cork Underwater Search and Recovery (WCUSAR) here.

Watch the trailer for the Swimmer here:

Crocs: 7 Reasons Why These Fashion Faux Pas are Actually Amazing for Adventuring

Crocs: 7 Reasons Why These Fashion Faux Pas are Actually Amazing for Adventuring