Have you ever wondered why the landscape of Ireland looks like it does or whether Ireland was always so wet and green? The island of Ireland has a history (or more accurately “geology”) that actually goes back hundreds of millions of years and tells a story of many different Irelands.

As a tiny part of a travelling continental plate, Ireland has been host to many different environments and climates. Our wet and mild little north Atlantic island has seen everything from volcanoes and tropical seas to dry arid deserts and deep dark oceans – Ireland was once even in two separate pieces.

You can see evidence of this story all over the country if you know where to look. Two of Ireland’s most popular tourist attractions are geological after all (the Cliffs of Moher and the Giants Causeway). But here is a list of five particularly interesting sites that you may not have heard of from the Irish geologist Robbie Galvin. 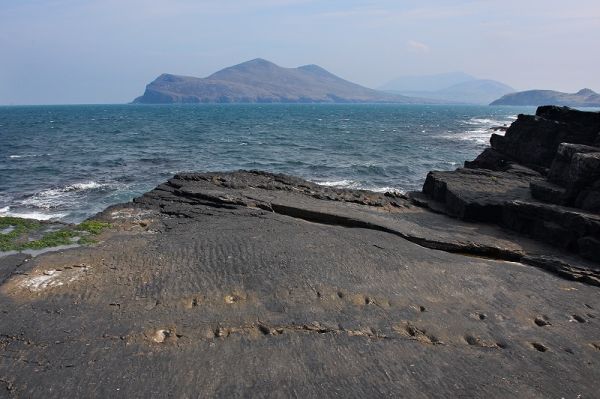 The Valentia Trackway, near Dohilla on Valentia Island in Co Kerry, is one of only four places in the entire world which may have the oldest footprints of any land creature ever. The small impressions were discovered in an exposed part of the islands slate rock in 1993. They are believed to be the footprints of an early amphibious creature, known as a Tetrapod. This creature, which was around 1m long, would have walked out of the sea when this area was part of a coastal swamp located next to the equator.

The rocks on which these fossilised footprints are located date back to the Devonian Era of earth’s history. This means they were made at least 380 million years ago. To put this in perspective, the creature responsible for these footprints was living here 150 million years before the first dinosaur even evolved.

Though hard to find initially, access to the trackway is completely free and relatively straightforward. Before going, check the weather and the tides. It’s best to go at low, and do not visit on a day with stormy weather or heavy swell. 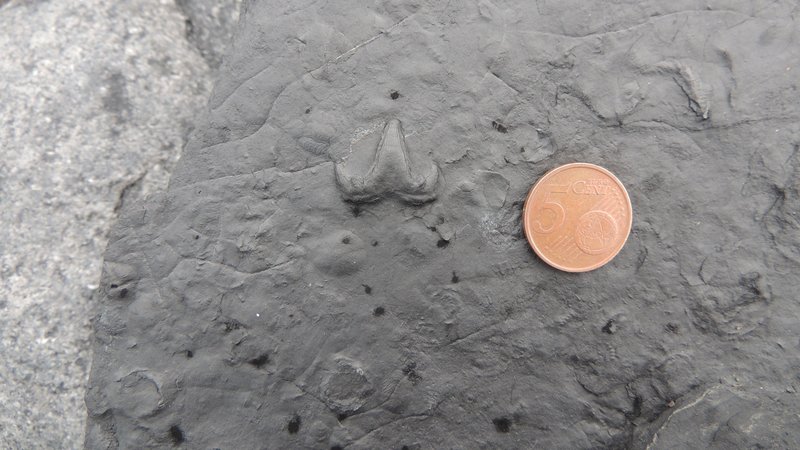 If you take a closer look at the limestone rocks surrounding the pier outside Doolin village in Co Clare, you will notice that they are incredibly rich in small fossils. The limestone here is around 330 million years old. It was formed in a time known as the Carboniferous era when Ireland was located south of the equator. During this era, much of Ireland was covered in a warm shallow tropical sea full of strange, prehistoric life – some of whose remains ended up fossilised in the rock itself.

Most of the fossils here are the stems and heads of Crinoids, a small marine filter feeder with a plant like stem. However, you can sometimes find more exotic fossils like the fossilised shark tooth found here in 2017 by Clare geologist Eamon Doyle. The shark that this tooth belonged to was likely to have been only around 70cm long but would have been the apex predator in its environment.

The best place to go looking for fossils is just beside the car park opposite the pier. Be mindful not to break off any fossils from the rock itself and only take home already broken pieces. The best time to look is after big storms when sections of the rock sometimes break off and new layers are exposed. Be careful of the tides when fossil hunting and never go out during heavy swells or stormy weather. 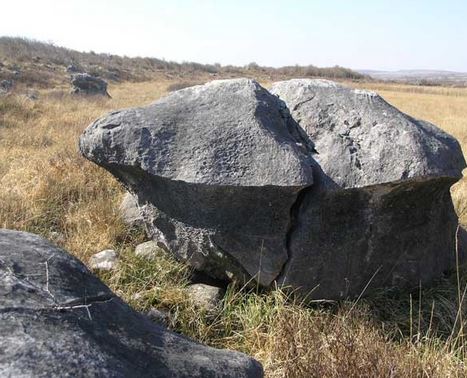 Dramatic upwardly twisting layers of limestone make this hill stand out against the otherwise flat landscape of the Burren. This sudden change in altitude is the result of a series of massive earthquakes which happened 300 million years ago. These earthquakes came from the collision of two ancient continents in central Europe. They also formed the Pyrenees Mountains in Spain/France at the same time as Mullaghmór hill was uplifted.

The barren nature of the hill and the surrounding landscape is the result of erosion caused by the massive sheets of ice that covered the landscape during the last Ice Age around 12,000 years ago. Further evidence of this time can be in the “Mushroom Stone” glacial “erratics”, boulders that were dumped by the melting glacier.

Mullaghmór hill, and the surrounding Burren National Park is also regarded as one of the finest Karstic landscapes in the world. Rainwater has dissolved the limestone bedrock here and created a complex system of caves underneath the surface and a “limestone pavement” on it. This interaction means that water moves above and below the surface in tremendously complicated ways and has also made the region a great place for spelunking. 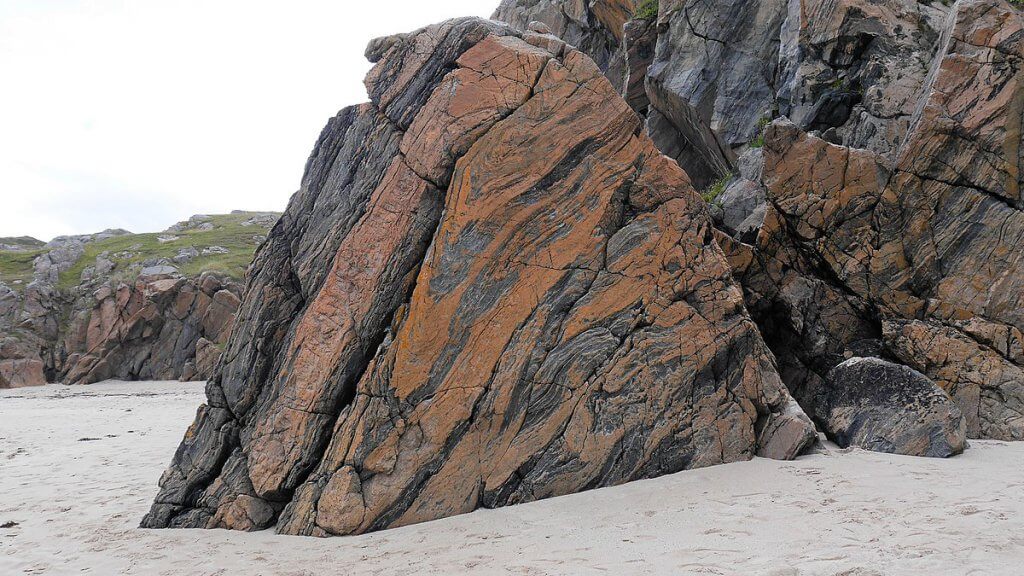 The Island of Inistrahull off the north-west coast of Ireland is by far the oldest piece of Ireland in existence. The rocks that make up this island are an incredible metamorphic rock known as Inishtrahull Gneiss. This is a kind of granite that has been proven to be over 1.7 billion years old.

It is difficult to imagine what the world was like when the rocks of Inishtrahull were formed as the geological record from this long ago is poor. The rocks of Inishtrahull are over 1 billion years older than the rest of Ireland. They were formed under immense heat and pressure beneath the earth’s surface at the same time as some of the outer Scottish islands and parts of Scandinavia. The Island of Inistrahul was actually once part of what is currently Greenland.

You can see the distinctive mottled coloured Gneiss rock throughout this now uninhabited island along with a wide variety of bird and sea life. The area is a designated SPA and SPC. Access to the Island is possible in summer by boat.

For more info: What’s on Donegal 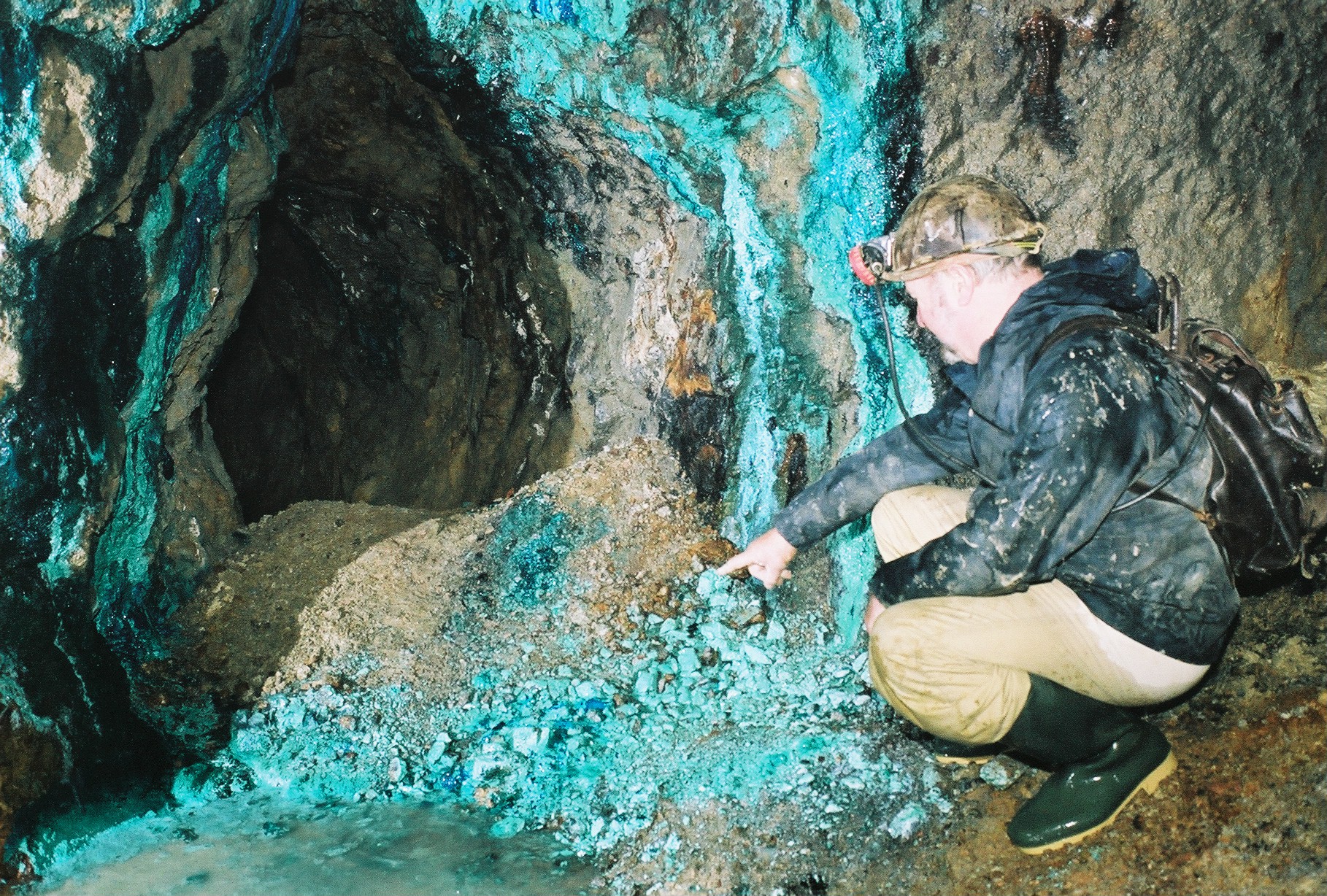 The bright green and blue flow of colour that stains the rocks here are actually deposits of minerals formed from the interaction of water and the copper-bearing minerals inside the cliffs here on the coast of Co Waterford.

The volcanic rocks that make up the cliffs here are the result of ancient volcanic eruptions that took place when this part of Ireland was once situated in a similar setting to where Indonesia is now. This Copper was mined extensively during the 19th century and the cliffs here are pockmarked with horizontal mineshafts known as adits.

The most spectacular mineral staining can be seen further inside some of the horizontal mine shafts along the cliff line here however extreme caution is to be advised and it is illegal to actually enter the shafts themselves. Luckily there are plenty of opportunities to see the results of the areas volcanic past along the coastline here without going inside an actual mineshaft.

For more info: The Copper Coast Geopark  (You can also take a 3D tour of what the more inaccessible areas of the mining complex look like here.)

If you would like to learn more about geology in general, take a look at the website of the geological survey of Ireland which has lots of great information to get you started.