One of Ireland’s most renowned rivers, the Liffey, saw 266 canoe and kayaks careening down its banks this weekend (15 September) at the 59th annual Liffey Descent — an international canoe and kayaking race that pushes athletes to their limits and also provides engaging competition and fun for all contestants. 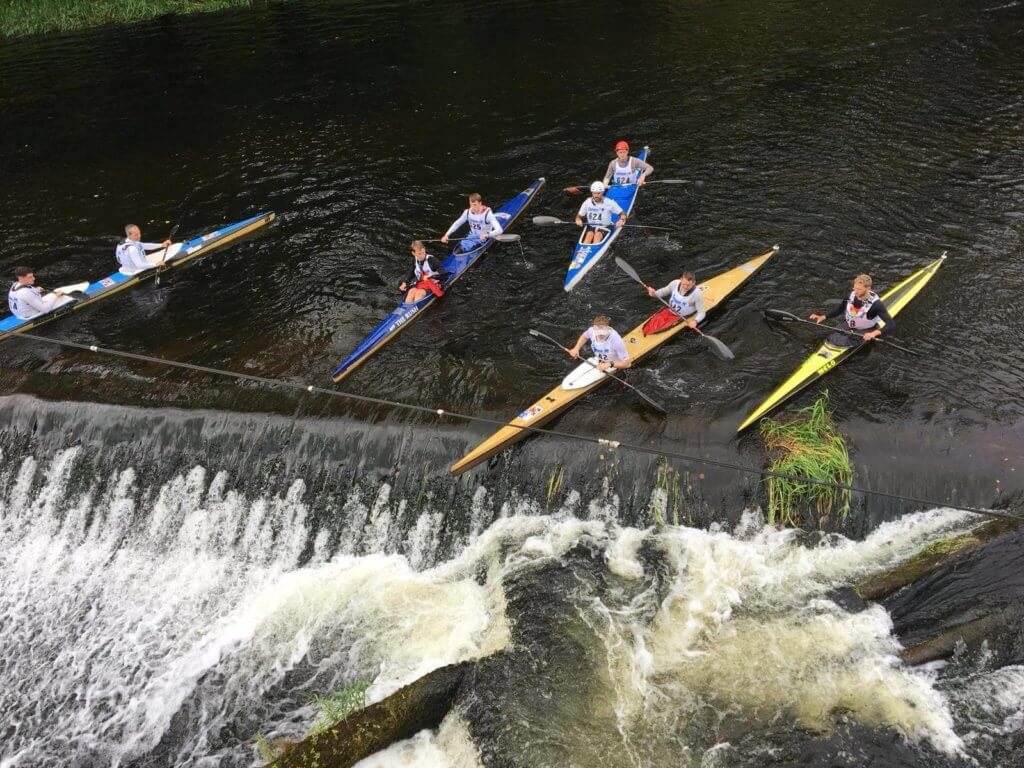 During the race, competitors must navigate 10 weirs (small dams) and one portage (a point at which you must pick up your boat and run) while racing from Straffan, Co. Kildare to the Garda Boat Club in Islandbridge, Co. Dublin. Ireland’s recent drought, caused by the unexpected long, hot summer, allowed for the Liffey’s water levels to drop significantly, making the descent that much more difficult.

“We were about 30 minutes slower than before – it was a long, hard slog, a very different race to normal,” said Egan in a recent press release.

This was Egan’s tenth Liffey Descent, finishing fifth in the women’s race at the World Canoe Marathon Championships just one week earlier.

“I won the K2 a few years ago with Gary Mawer and I wanted to do the double — a win in both the K2 and K1 before I turned 30. My 30th birthday is next April, so the pressure was on.”

The low water levels revealed dangerous, jagged rocks right below the weirs. While most boats avoided them, pile-ups of struggling, stuck boats became apparent. A rescue crew from Underwater Hockey Dublin was on hand to give a push or a helping hand to keep the competitors on their way.

For Barry Watkins, this K1 victory was a challenge with a time constraint. A few years prior, Watkins had won the K2 category in the Liffey Descent with partner Gary Mawer, which sparked his ambition to win both categories before he was 30 years old.

“I won the K2 a few years ago with Gary Mawer and I wanted to do the double — a win in both the K2 and K1 before I turned 30. My 30th birthday is next April, so the pressure was on,” said Watkins.

Paddlers from all over the world came to the banks of the Liffey to participate in this high-octane race, and they’re hoping for a bit more water to help push them along come next year.

WIN! A Detours Tour of Dublin for You and Your Bestie

5 of the Best Apps for the Novice Runner

5 of the Best Apps for the Novice Runner