The Dynafit Feline SL trail runners have, over the past few months, become our go-to trail runner for wet, muddy runs. We have been using it since February and since then we have developed a good understanding of what this shoe is good for, what it is not so good for, and how we will use it moving forward. We have used the shoe on many different occasions but there are 3 occasions we will mention here:

What do we use it for? 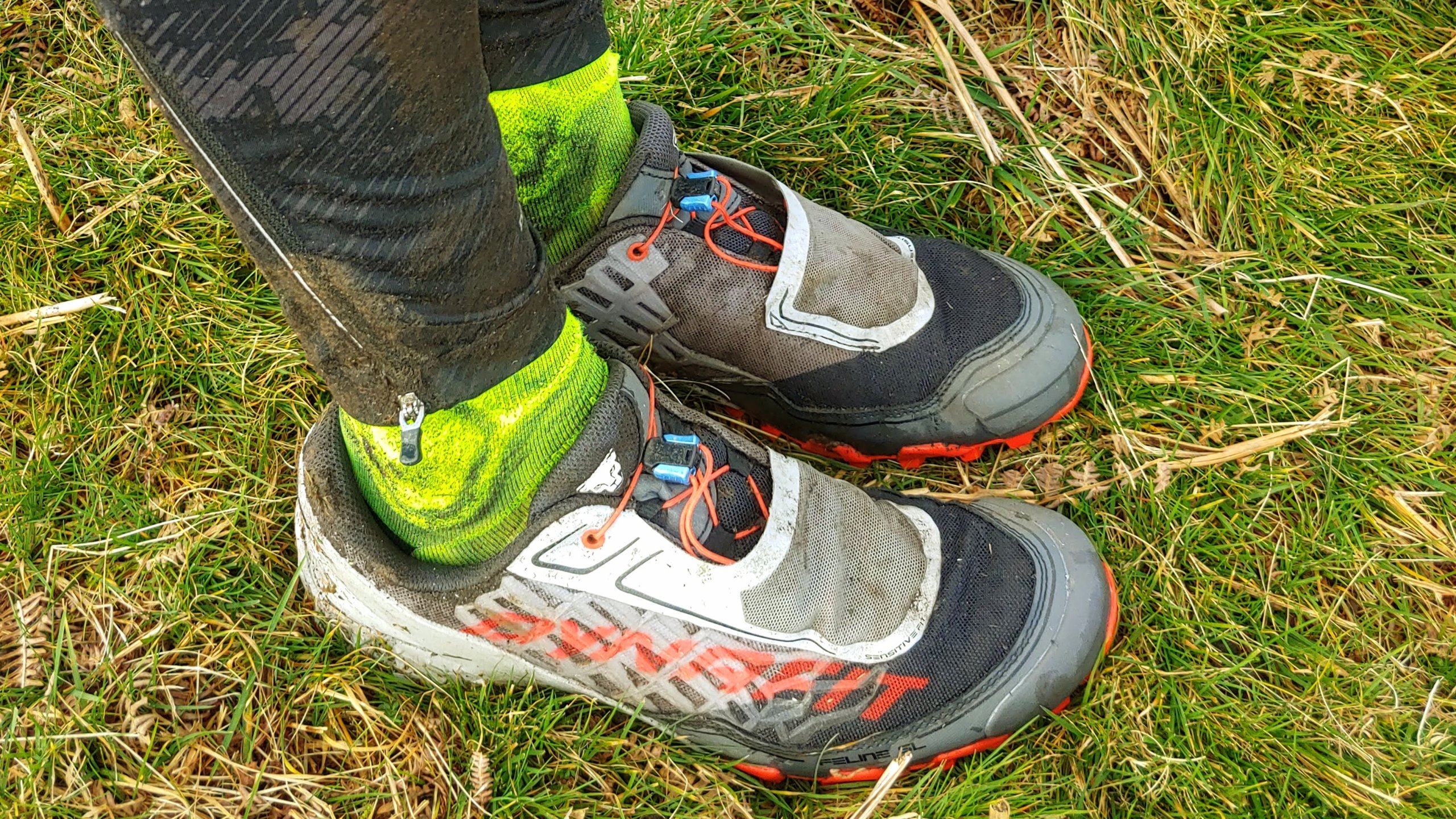 A February run-up Brockagh – This was our first run in Feline SL. We were very impressed with the traction as we descended a muddy Brockagh. We did note that on the fire road there is very little cushion under step. This is of course by design as the addition of cushion would take away from the ground feel that you may want on more technical terrain.

The Dublin 7 route – This is a route that has been coined by @irishmountainchallenges. It takes in the 7 Ardeirns of Dublin (Seahan, Seafingan, Kippure, Glendoo, Knocknagun, Prince William’s Seat and Ticknock). The route we took was almost 70% on the open hillside so the traction on the Feline SL was put to the test. It passed with flying colours.

Nephin IMRA race – Part of the Connaught Champs weekend the Nephin race is possible the ultimate test for off-trail runners. A wet start, a steep climb, and a rocky scree field descent. The Feline SL felt great throughout the race. Definitely the shoe for the job. 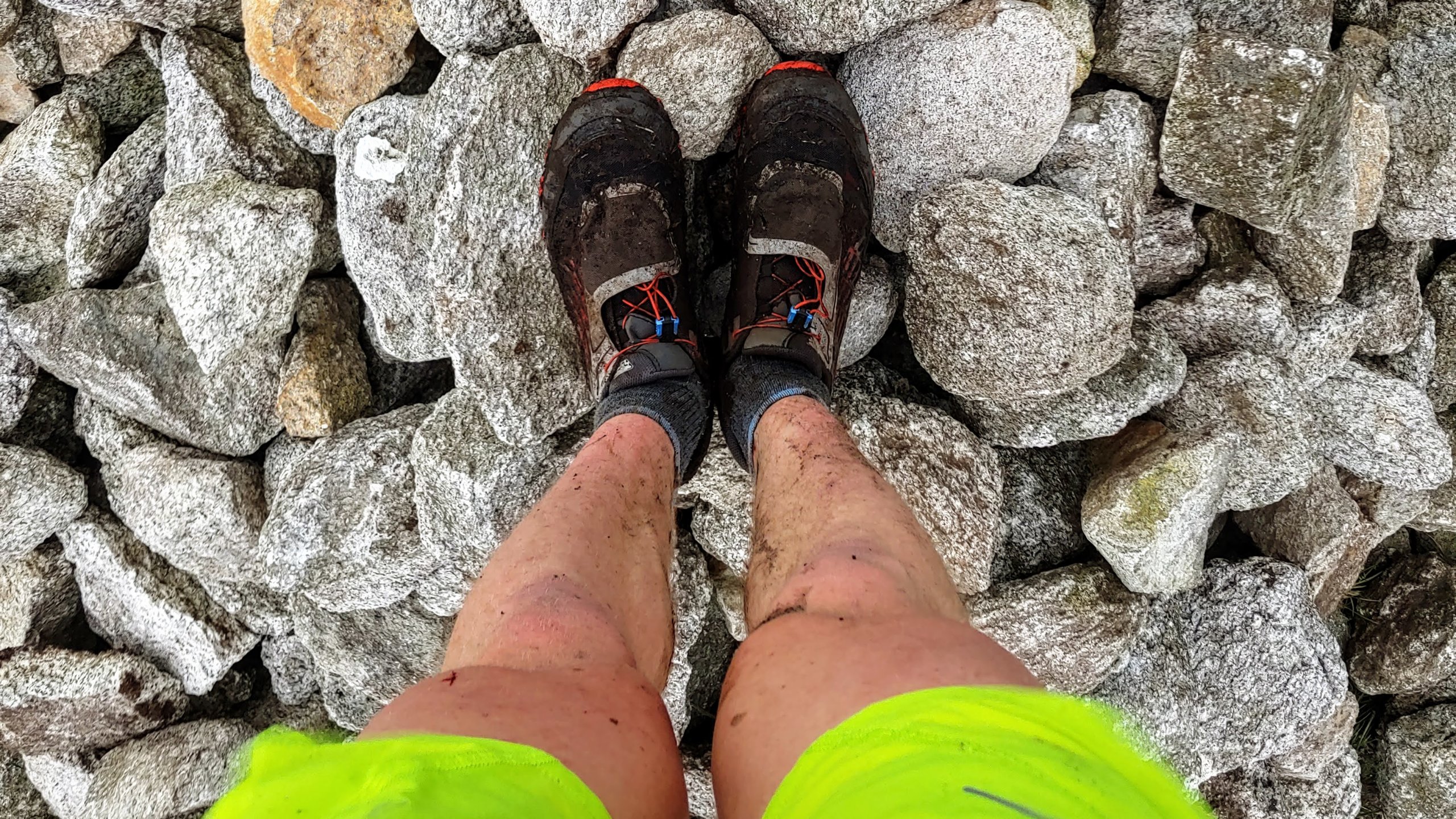 We really enjoy the Dynafit drawstring-style lacing system on the Feline SL. We will confess, it takes a bit of getting used to and on the first few times you wear them you will probably have to adjust the tightness a few times. The fact that the laces tuck out of the way while you are running is very convenient, especially for off-trail running.

The Feline SL features aggressive lugs that we have measured at 6mm. We have found that this depth when paired with the Pomoca outsole is a formidable combination for tacking wet, rocky mountainside.

The majority of aggressive off-trail mountain runners are very minimal and offer little protection from rocks, roots, and other nasty things. With the Feline SL this is not the case. We would describe the Feline SL as “chunky”. The shoe has additional support built into it around the heel and a thick toe bumper stops rocks from hitting your toes.

Who would we recommend it to? 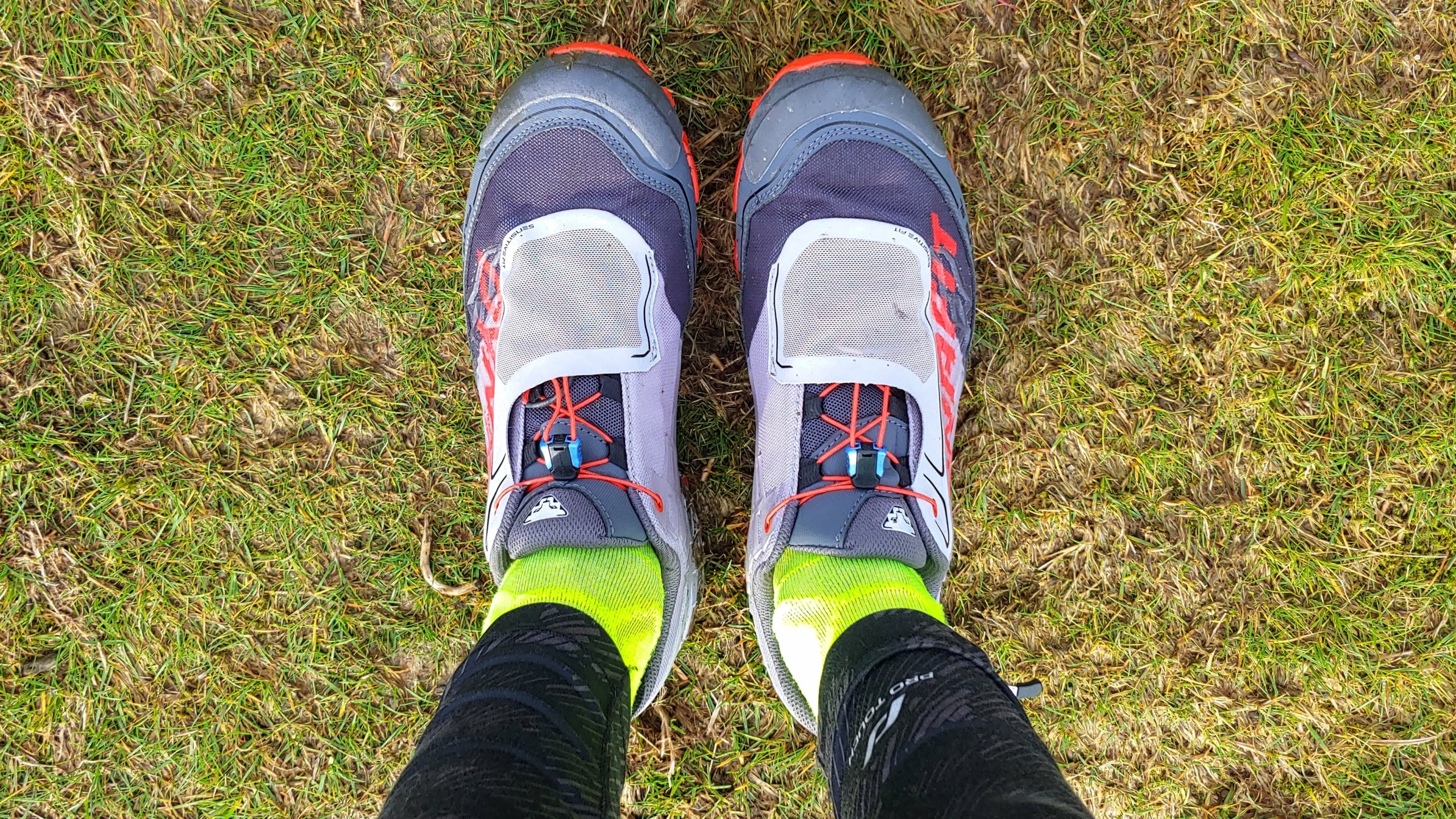 We would recommend the Feline SL to someone who spends a lot of time on wet, boggy open mountains on their runs (or wants to!)

WIN! A Helly Hansen Verglas Infinity Shell worth over €400