This year Aiden Sheridan, a 43-year-old married father of two from Ballinasloe, swam the entire length of River Shannon (245km) over 15 consecutive days. He became only the sixth person in history to swim the length of the Shannon and the first ever to do it in consecutive days. He completed this swim and raised €51,000 for the Irish Cancer Society and East Galway & Midlands Cancer Support in memory of his brother, Mark, who passed away from cancer in September 2017. 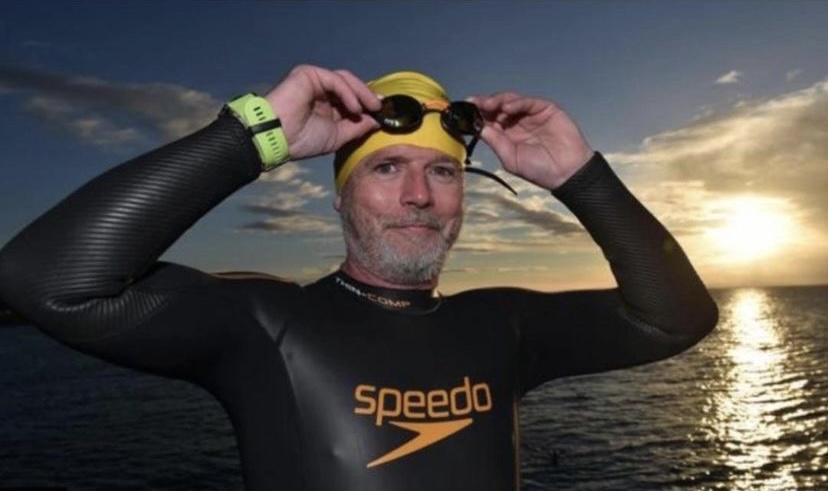 We caught up with Aidan to find out more about this amazing tribute to his brother.

“I told my brother Mark on the Friday that I’d be back in to see him on Monday, but by the time I arrived at the hospital Mark had already passed away.”

Q: Can you tell us more about what happened to your brother and why he was your motivation?

A: My brother tragically passed from cancer in 2017. He had always been healthy, and to me, he appeared to be healthy, but he was admitted to the hospital on a Monday, received the news that he had cancer that Friday, and the following Monday he passed away. Mark was always in good spirits though, he never let it bother him and we were laughing together even during our final conversation where I promised him that I would do something even bigger for him than the 52 marathons I ran in 52 weeks for our sister, Jennifer, who at the time suffered from breast cancer, but has since made a full recovery. I never realised that would be my last conversation with Mark.

Q: What made you choose to swim the Shannon in Mark’s memory?

A: To be honest, I was on the lookout for a new challenge, after I completed the 52 marathons in 52 weeks I needed a change from running. I actually came across the idea by accident as I was just browsing online. I saw that others had completed it before, but never in consecutive days, so that’s what I would set out to do. And believe it or not, I never really swam before I trained for the Shannon swim. This was a completely new challenge and I felt it was the perfect way to honour the promise I made to my brother.

Q: How did you mentally prepare yourself for such a massive challenge?

A: I never once looked at it as a challenge. I was just doing a few short swims every day for 15 days. To stay in the zone, I focused on each 6km swim at a time, and then I’d be able to put my feet up and have a sandwich on the shore before moving on to the next swim. The longest swim I actually completed before the challenge itself was only 12km, I just knew if I could do that and a little bit extra every day for 15 days I’d be in the clear.

Q: What got you through the entire Shannon swim?

A: The support of a great team. My five sisters and two nieces prepared all my meals during the swim and drove the camper along the shore. I’ve never been so pampered in my life. My amazing wife Elaine, and our two kids were there cheering on from the shores. It means so much to have a family unit that supports you so much and my wife Elaine was instrumental in my training. She would mind our kids every time I was out on the water training. This would never have been possible without all the amazing support I received.

“The emotion you feel is hard to put into words when you complete a challenge that means so much to you.”

Q: How did you feel when you finally completed the swim?

A: The final swim into Limerick was very emotional. The tide was out so I was delayed for about four hours, but that allowed some bystanders to agree to join me on my final few kilometers, giving me that extra push and support at the final hurdle. A huge crowd had gathered at Curraghgour boat club which was my final stop cheering me on and waving flags. The emotion you feel is hard to put into words when you complete a challenge that means so much to you.

101 of the Best Wild Swimming Spots in Ireland

Buying an Electric Bike (E-Bike): Everything You Need to Know

Buying an Electric Bike (E-Bike): Everything You Need to Know