In May last year, Richard Donovan, a former economist from Galway ran a staggering 3,100 miles across America. Setting off from San Francisco, he arrived in New York City just three months later. For 90 days he ran more than 35 miles per day. Days off were taken only when injury prevented him from running.

This run almost held me captive for months as it was all consuming.

It was not an easy course. It was the hottest summer here for a long time. If I had wanted to cover a lot of miles quickly I would have gone from Seattle. But I preferred to head from San Francisco and head over the Rockies, through the deserts and down Nevada 50 which is the loneliest road in America.

I wanted to embrace what I believe America is. It did seem like a good idea months ago, but I suffered as a result. Although I don’t regret a day of it.

Ultra-running, especially over very extreme distances, defies all preconceptions. It’s not about power; it’s about endurance, it’s about survival of the farthest.

You have epiphanies of sorts. Although there’s a large physical element, it’s primarily a mental sport and therein lies its beauty for me. You’re forced to go to places in your mind that you otherwise wouldn’t in everyday life. With extreme fatigue, you have Zen like moments as there’s no energy for thoughts that don’t really matter.

I miss friends and family if I’m away for some time on the road. But I can ultimately stop the run at any time and go back to that life, there’s a choice.

I miss friends and family if I’m away for some time on the road. But I can ultimately stop the run at any time and go back to that life, there’s a choice. The run must therefore be meaningful enough in some way that makes it worthwhile to keep going.

Jaimie, my daughter, has been brought up with this being my life, she doesn’t think it’s unusual that her dad is going to Antarctica or the North Pole or running across the USA. It’s entirely normal to her and not worthy of much discussion.

7 of the toughest ultra marathons in the world

My worst injury was an ulcerated blister. It was basically a hole in the blister. If you leave it untreated it can go right into the bone. They are extremely painful so I actually had to take six days off or I would have jeopardized the run entirely.

It was a very difficult time for me psychologically. I had to be driven 160 miles to the nearest hospital for treatment and then driven back to where I had left off. On the way back I was looking at what lay ahead of me. I could see the desert I was going to run through. That was tough. 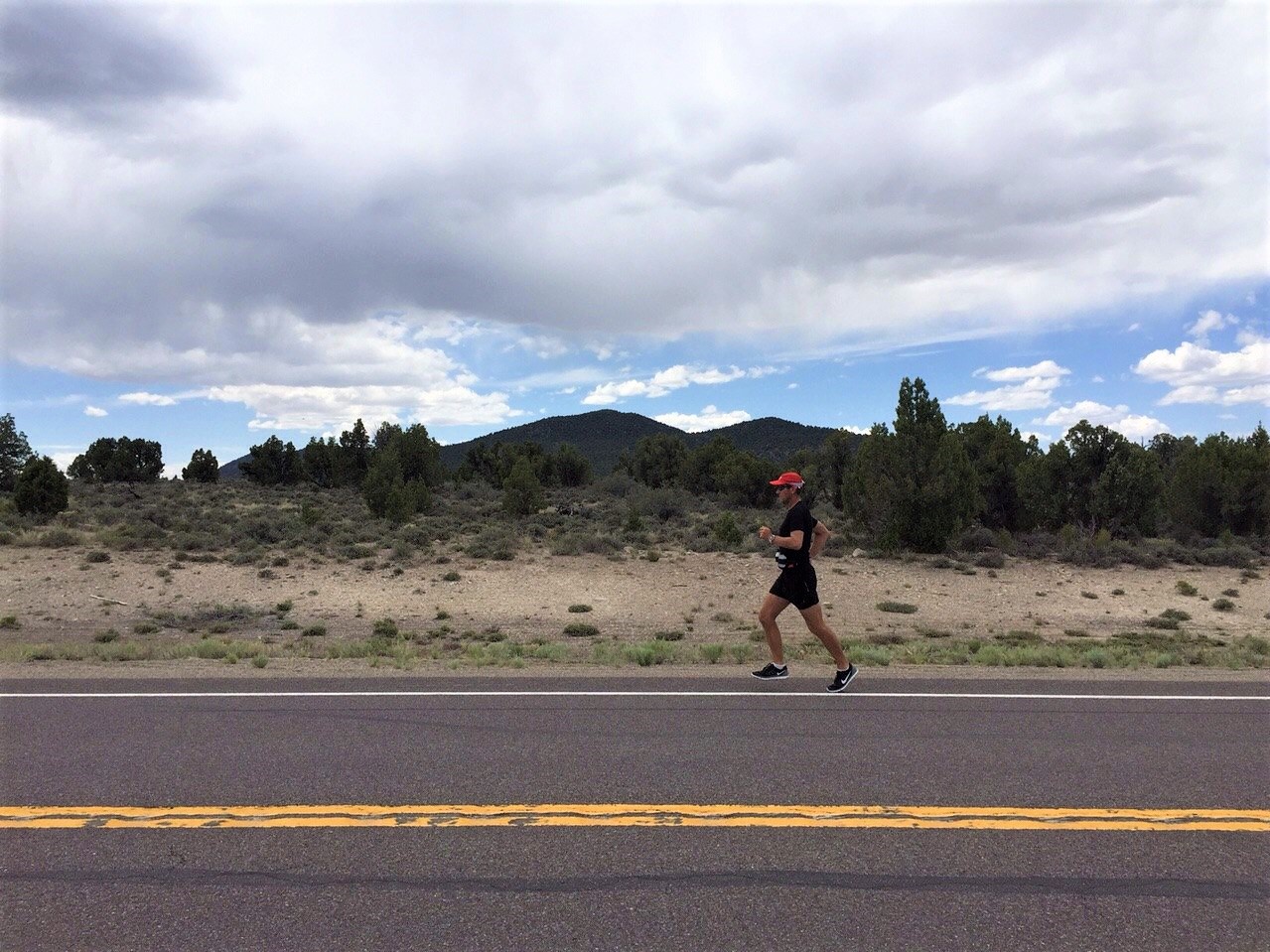 When I’m away from running, I generally don’t talk or think about running! I don’t watch my diet, I don’t bore people with running talk. I have another life, and many friends who don’t run. I enjoy beers and I like watching other sports, particularly rugby.

I never actually really prepared for this run. I had done a certain amount of running over a few months but I was by no means fit.

I never actually really prepared for this run. I had done a certain amount of running over a few months but I was by no means fit. I hadn’t run a marathon distance in a couple of years.

Those first few weeks hurt me a lot. The terrain was the toughest and it was where I was most unfit. I was really suffering from day one. I lost a hell of a lot of weight, but I became fit in the process.

I didn’t take an energy gel during this entire run. I never watch my diet. I only used four or five pairs of running shoes. I don’t measure calorie intake or anything like that. 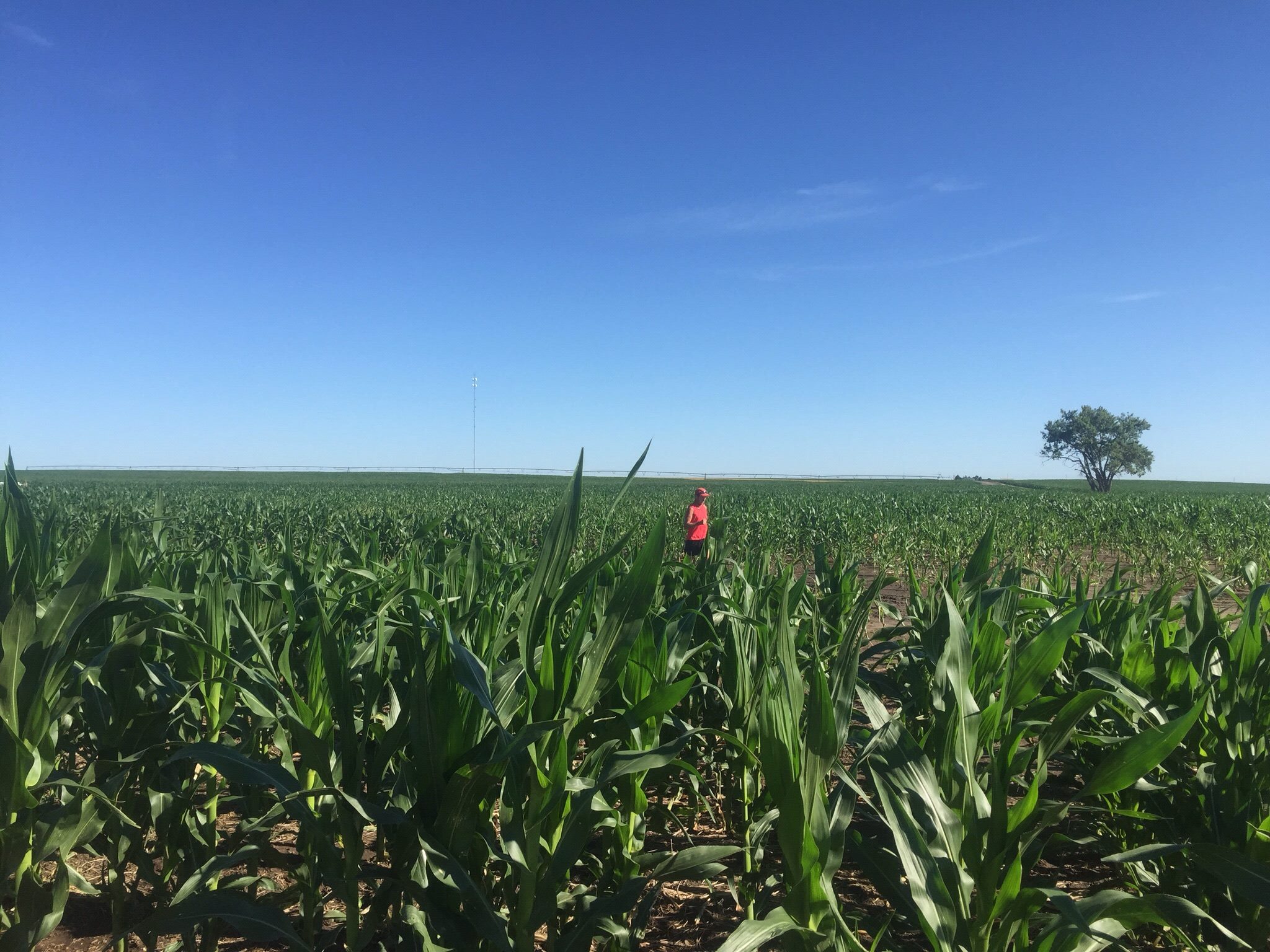 I know everybody says it is a good idea to see the big picture but it’s not. You have got to take things a day at a time. I think that’s why I don’t have big highs or big lows.

I learned a lot about the States. The scenery is amazing. One of the most beautiful places is Nevada, I never expected that. I ran down Nevada 50 which is known as the loneliest road in the world.

I saw a bunch of Harley Davison bikers heading along the road in front of me. And the next thing, the Top Gun pilots came down low over them. They were training in Nevada. It was an amazing sight. The things you see in movies are actually happening in the U.S. It was incredible.

On foot you don’t miss anything. It was fascinating to see the way the U.S unfolds in front of you. I remember leaving Lake Tahoe, within a few short miles I was in an entirely different environment. I was suddenly in a desert landscape. And that was Nevada. It happened relatively quickly – within a few hours of running.

Someone tried to kill me in Kansas which ironically happened to be the friendliest state I visited.

Someone tried to kill me in Kansas which ironically happened to be the friendliest state I visited. I was running down the road one morning and a guy in a pick-up just accelerated towards me. There were no cars coming towards him. He just swung into the hard shoulder and went for me. I literally had to dive off the road.

I don’t get overwhelmed with logistics. Making the decision to do it – that’s the hard part.

Cheap Waterproof Jackets: 5 of the Best

12 Clever Uses for Ziploc Bags in the Outdoors

12 Clever Uses for Ziploc Bags in the Outdoors