The Art O’Neill Challenge is a staple of the Irish outdoor calendar. This event, which is steeped in history, challenges ultrarunners and hikers to push themselves to their mental and physical limits by running or walking from Dublin Castle to Glenmalure Lodge. A 60km route that involves a mixture of city streets, country lanes, fire roads, mountain tracks, and open hillsides. As well as the difficult terrain, the event is self-navigated and takes place at night in the middle of January. All these aspects lead to it being considered, by Irish ultrarunning legend and previous winner of the race Eoin Keith, as “one of Ireland’s gnarliest ultramarathons”.

The event took place last weekend and Outsider.ie contributor Matthew McConnell came in 2nd position overall! Here are some of his thoughts around and his biggest takeaways from the race! 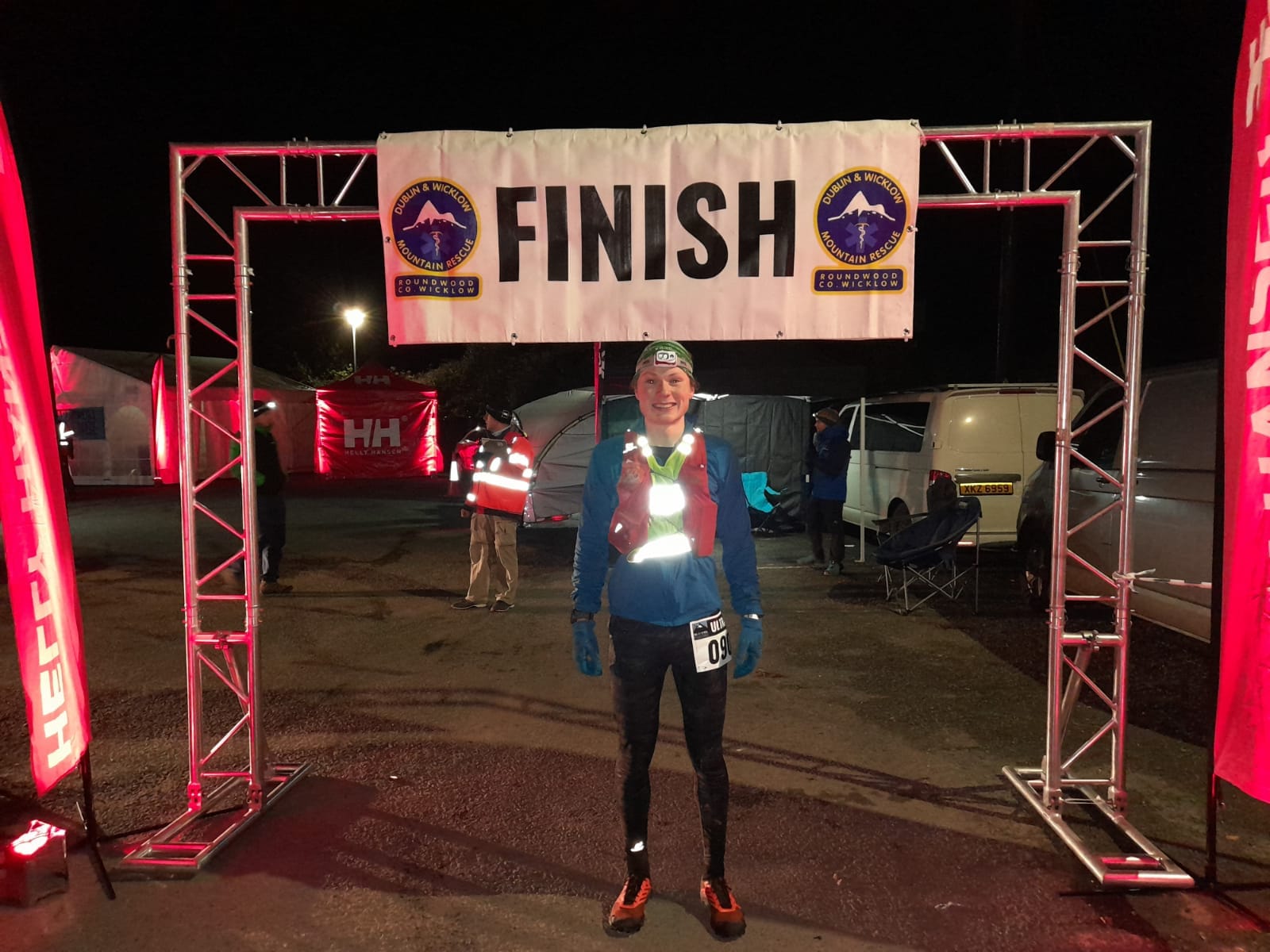 What an event! This was my second time taking part in the Art O’Neill Challenge Ultra. My first, back in 2020, was at the beginning of my running journey. I was completely enamored by the event. As a member of staff at Great Outdoors, there was a huge buzz around the event in the store in the build-up and aftermath of the event. Since then I have won a few domestic races and competed internationally at Trofeo Vanoni in Italy. It is fair to say that the mindset I had going into the Art O’Neill Challenge this year was a lot more defined than in 2020. I wanted to find my limit at a distance I had never covered. I believed I could win. 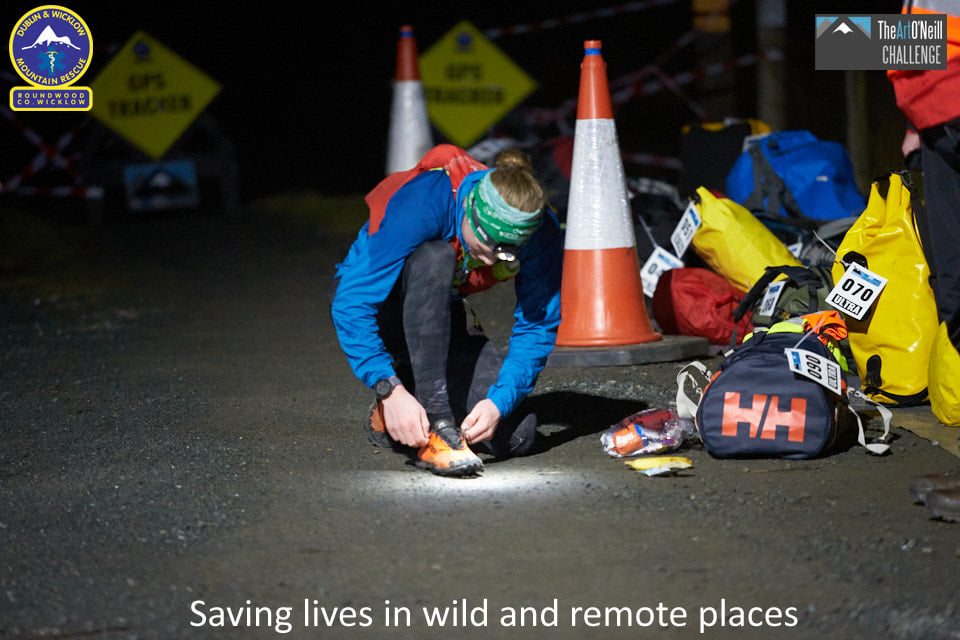 The race start this year was staggered, due to Covid-19 concerns, which changed the race dynamics somewhat. I departed from Dublin Castle along with my close friend and training partner Patrick Ward at 10:10 pm. The first 15km went very well but as I approached the 20km mark my stomach began to turn. Gastrointestinal issues are common in running especially over longer distances, this was not an issue I had ever dealt with before but my goodness was I about to. Discomfort increased as the race progressed and by the time I was departing CP2 in Oakwood I was forced to walk some incredibly runnable sections as well as take breaks, hands-on knees in order to try and manage the discomfort. A slow, frustrating, and uncomfortable few kilometers proceeded but arriving at the finish I had a feeling of great satisfaction having pushed through the adversity. 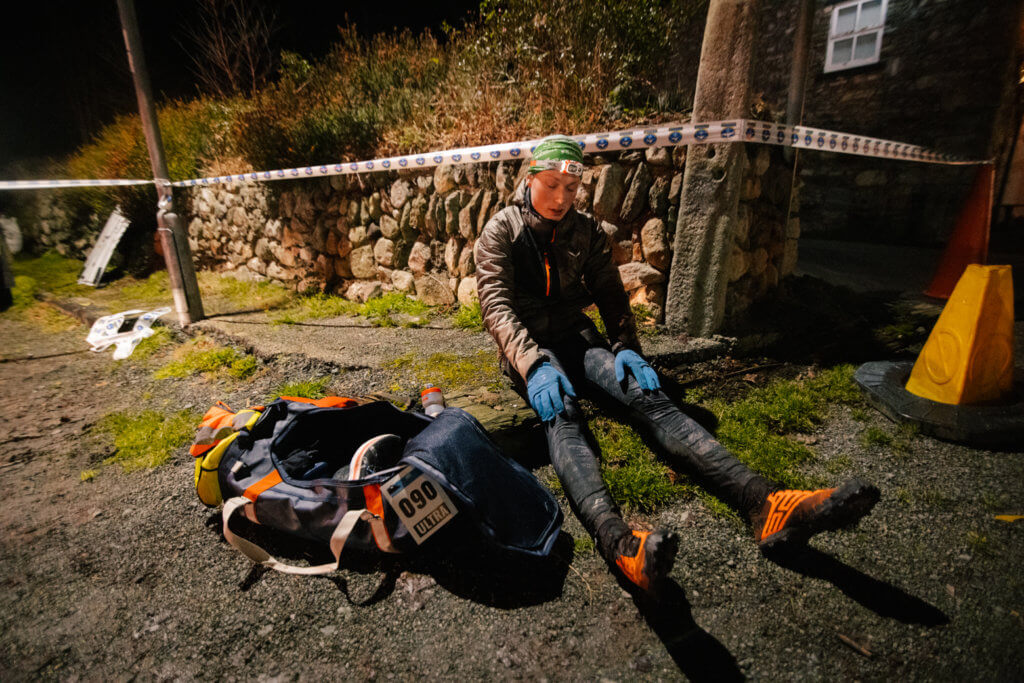 A huge congratulations to everyone who completed the Art O’Neill this year and a special shoutout to Alistair Higgins for winning. Alistair put in an absolutely awesome, calculated, and excellently executed performance that was deserving of the win.

Here are 6 things that Matthew learned (the hard way!) during the Art O’Neill 2022.

“Fail to prepare or prepare to fail” is a quote that absolutely applies to this race. As well as preparing physically for the event it is of vital importance that your gear is prepared, you have a solid route plan, you have backup plans in case things go wrong on the night. All these things will result in you feeling more confident departing from Dublin Castle on the night.

In more ways than one, this is a mental race!

I have heard it said in the past that running is a mental game, especially when the word ultra is thrown in front of it. People have attempted in the past to quantify how much of it is physical and how much of it is mental. The answer to the question, “Is the battle more mental or physical?” that I have heard and resonate most with is what James “Iron Cowboy” Lawrence says;

“Neither. The truth is that it is 100% of both. Success requires being all-in on both your physical and mental game. To be your best, you need to be your best at both.”

You can practice everything, have a plan but things can still go wrong. As the distance increases so do the variables. Acceptance that anything can happen is a key step in getting ready for a challenge like this.

This is a grueling event for everybody! The second half of this race can really take your smile if you let it. Don’t let it. Your smile is your greatest bit of kit. Smile at the discomfort. Smile at the navigation errors. Smile at your body for keeping going. Smile at your competitors that beat you. Most importantly, smile at those taking time out of their day to make this event happen.

5. One foot in front of the other

I really struggled on the final mountain section of the race. My stomach turned in a way that I had never experienced in training. This resulted in me having to hike sections that my legs wanted to run. As I was approaching Three Lakes I was frustrated, uncomfortable, upset as I knew the pace I was going would more than likely result in me not achieving the goal I had set for myself. However, I also knew that if I kept putting one foot in front of the other, I would hit Table Track, I would get to Baravore, I would finish the Art O’Neill Challenge.

6. “Sport is a selfish pursuit”

I do not agree with this quote. Sure sport can be a selfish pursuit, it can also be a reason to bring people together. It’s all about how you see it. Bring people in for the experience. This race is so abnormal. It breaks the cycle. Even picking someone up at the end of this race or leaving them to the start is an adventure. By requesting a lift at the end you are asking for the person to forgo a good night’s sleep and maybe even stand in the cold waiting for you. People are not going to do this for you if you are being selfish in your sport. Sport and challenges such as this have an incredible ability to inspire (even unintentionally or subconsciously) those around you.

With that in mind let people in for the experience, celebrate with them, commiserate with them, discuss the race. The people in your life deserve a slice of the stoke for putting up with you during tough normal training weeks. 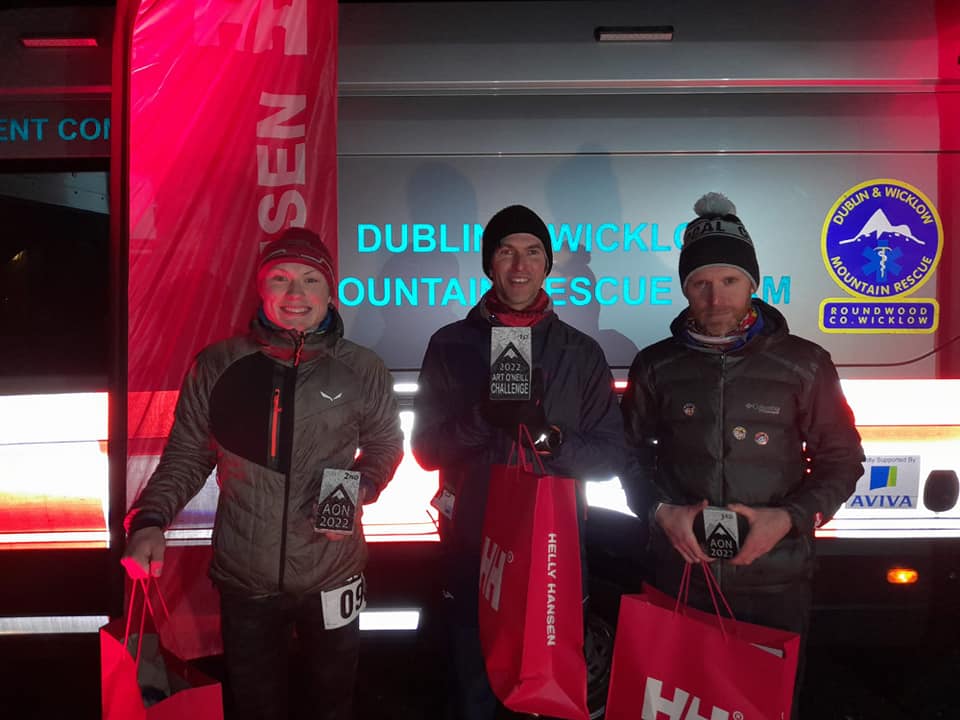 25 of the Best Hikes in the Wicklow Mountains

8 of the Best Waterproof Jackets On A Budget

8 of the Best Waterproof Jackets On A Budget