Badass, bold and downright ballsy! We put the call out for you, our readers, to let us know about the most dedicated people to the Irish outdoor and adventure scene in 2022! And you didn’t let us down.

We were bowled over by both the quality and quantity of the stories you sent us. So sit down, make yourself comfortable and read the spine-tingling and inspirational stories of these extraordinary people who are now officially on the long list of nominees for the #OutsiderAwards.

If you’re a nominee, consider yourself cordially invited to our annual awards ceremony on the evening of Wednesday 1 February 2023 in the Sugar Club, Dublin. We are thrilled skinny to announce that our fab sponsors are on board to help us celebrate all that is great and good about the Irish adventure scene, so it’s guaranteed to be a good party. Our hugely generous title sponsor is Sport Ireland. And our other supporting sponsors are #2MinuteBeachClean, #2MinuteStreetClean, Craghoppers, Leave No Trace, Hiiker, Salewa and Collen Construction.

For everyone else, a limited number of tickets are on sale here. Subscribe to our email newsletter on our homepage to hear more about the Outsider Awards 2022.

We were bowled over by both the quality and quantity of the stories you sent us. So sit down, make yourself comfortable and read the spine-tingling and inspirational stories of these extraordinary people who are now officially on the long list of nominees for the #OutsiderAwards. 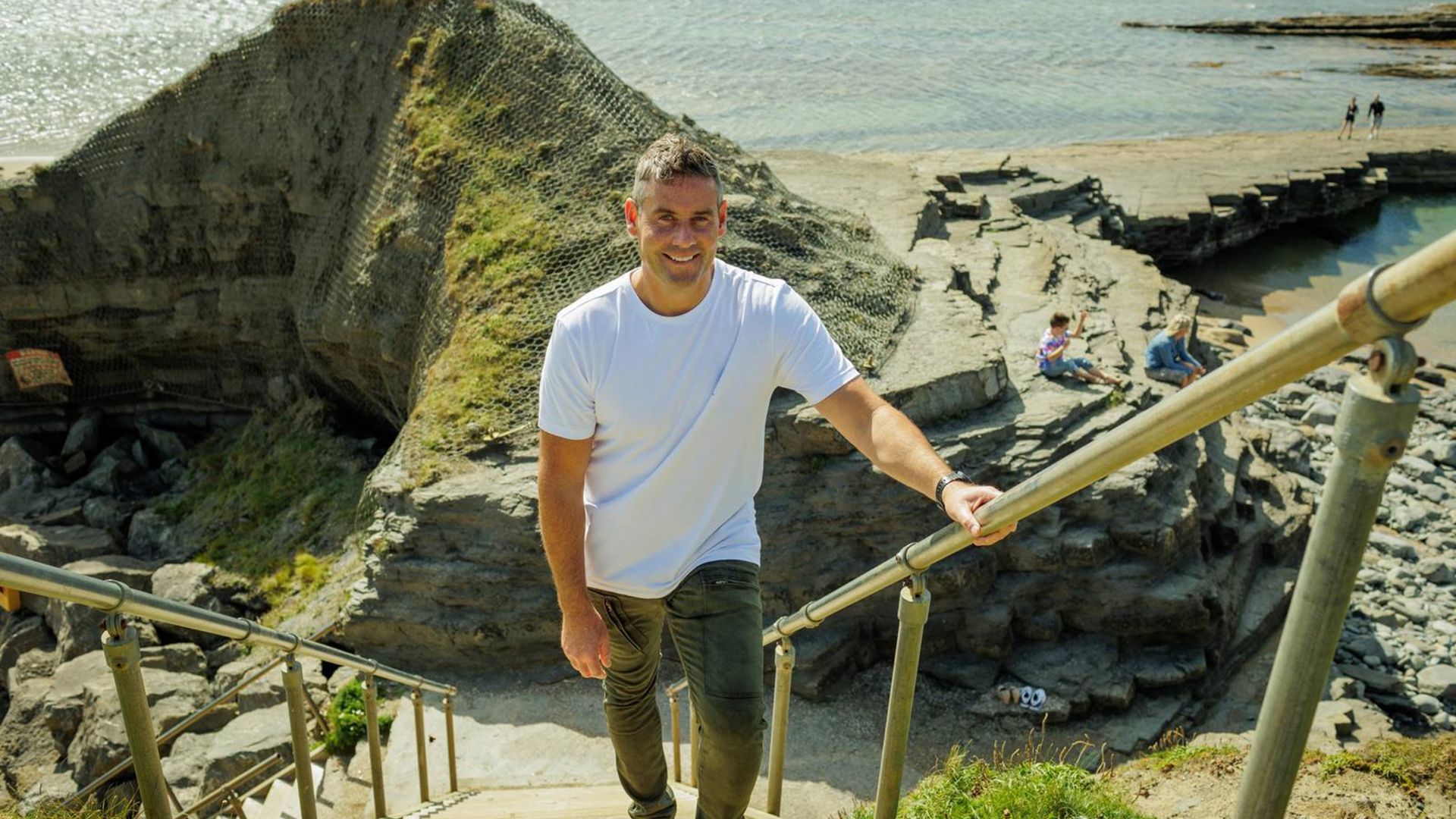 Richie Fitzgerald already has a number of accolades under his belt. The 47-year-old father of two is one of the first big wave surfers in Ireland, he runs a surf school in his hometown of Bundoran where he helps new talent and he’s just written a book.

Richie has been involved in every aspect of surfing over the last 40 years, from opening the Northwest’s first surf shop in 1990, to competing for Ireland in three European and three World Championships. With fellow surfer Gabe Davies, they pioneered the big wave scene in the country in the 1990’s and early 2000’s.

His surf school has grown over the decades in conjunction with the growth of the surf shop and the popularity of surfing in Ireland. “Seeing children and adults hit the water for the first time is a great leveller as quite often it will be the skinniest or smallest child who is best at surfing and not always the strongest or fittest in the group.”

Pioneering Mullaghmore with Gabe when it was just the two of them out there is one of the best moments of his surfing life. “It’s something I treasure above all else.” Another highlight for him was in the late 90’s when he was the first European to be invited to the prestigious “Eddie Aikau Big Wave Invitational Contest in Hawaii’. He was invited to it twice over six years.

His first book “Cold Water Eden” (Harper Collins) was published earlier this year—that was a big moment for him…and now he has the writing bug! 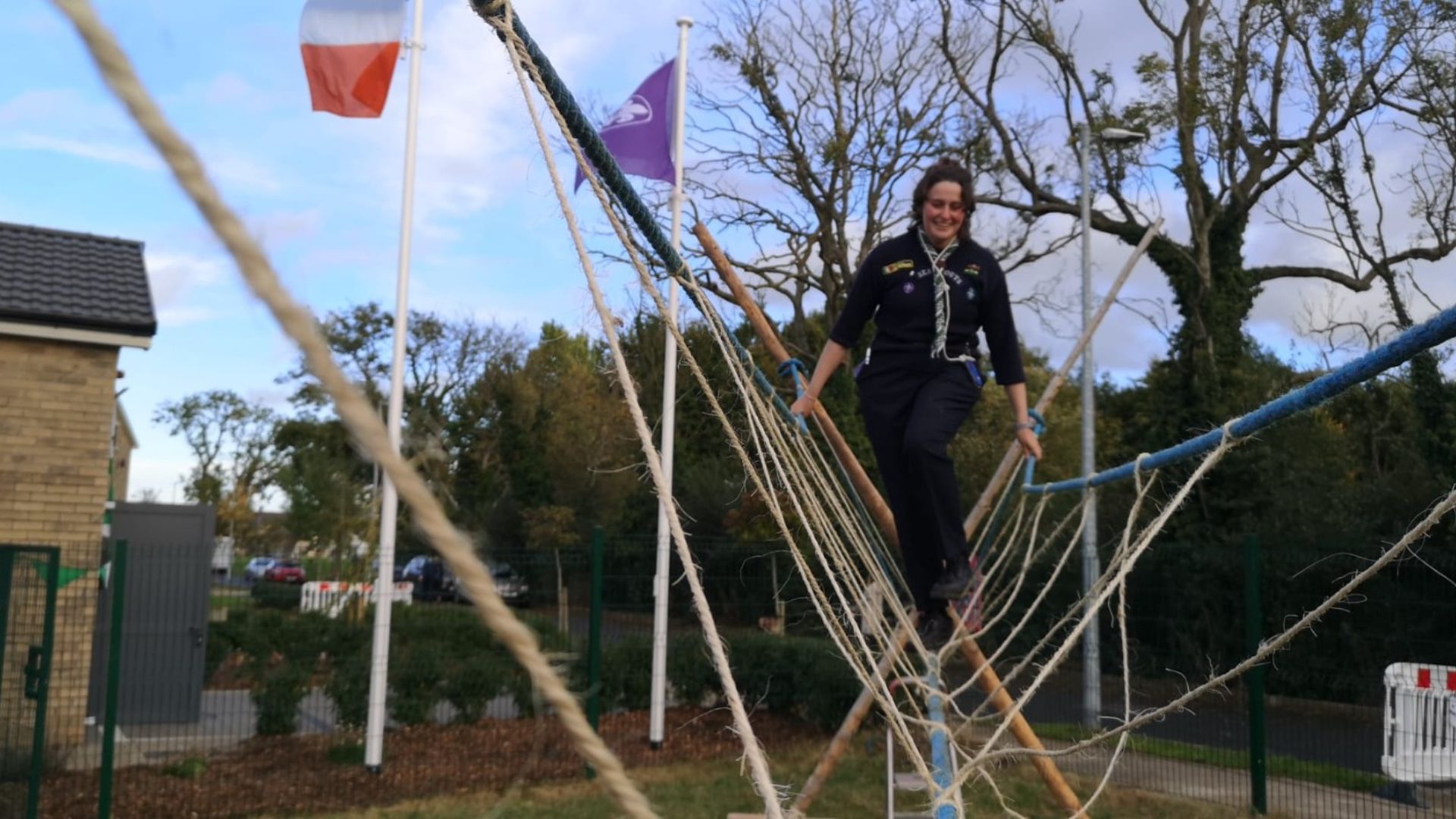 Jill is the first female and youngest, at just 24, Chief Scout of Scouting Ireland. She also recently completed her Chief Scout Award for Rovers. From Dublin but living in Limerick, Jill is a Development Officer (LDC) and just finished a full-time research master’s. She has also competed at the Kayaking World Championships, coming third in a team event.

Jill got involved in the scouts through her parents. She was 10 at the time, and as Chief Scout now she loves giving back to an organisation that she’s extremely passionate about.

“It’s fantastic seeing the young people benefit from scouting and starting their adventures. They push me on.”

Representing Scouting Ireland and its journey at the European Scout and Guide Conference in Rotterdam was a big highlight for Jill. Next up is the World Scout Jamboree in South Korea in 2023. She hopes to continue in the role until 2024 and would like to inspire another young person to take it on after that. 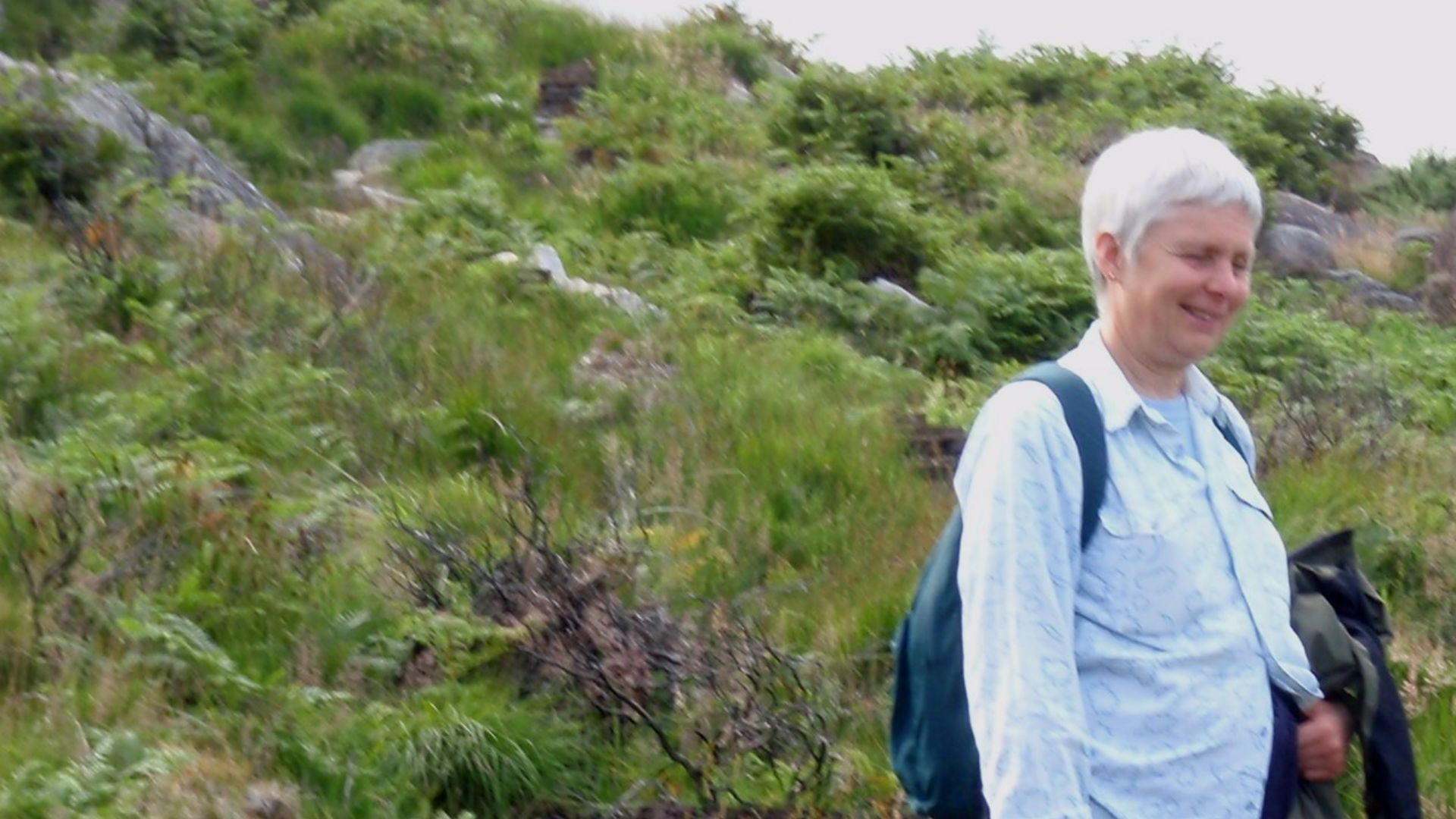 Now enjoying a well-earned retirement, Jean Boydell was a Trail Inspector and Programme Administrator with Sport Ireland Outdoors. Since the last 1970’s, she has been hugely involved in supporting and encouraging the development of trails. She started with the first long distance walking route in Ireland—the Wicklow Way—which opened in 1980 and that led to the development of many more trails.

“In 1992, I got the opportunity to start inspecting the National Waymarked Ways and continued to inspect the growing number of these through the 1990s. This meant establishing an inspection process to set a standard for all trail developers to reach and at which to maintain their trails to give walkers an enjoyable and safe experience.”

From 1999 until her retirement, she worked with the Irish Sports Council and then Sport Ireland Outdoors, where she continued to develop and manage a trail quality inspection system.

There are now close to a thousand walking trails of different lengths available on the Sport Ireland Outdoors National Trails Register for the thousands of walkers who enjoy them each year. There’s a huge amount of work involved in completing a trail and in part we have Jean to thank for the trails we enjoy all over the country.

The Dubliner is passionate about walking, nature and the Irish countryside so she wanted to give people the opportunity to experience them. “It seemed to me that waymarked walking trails offered a wonderful opportunity to achieve this. I also felt it was a great chance for communities to benefit in many ways and saw first-hand how their pride in their trails grew, how people came together and how bringing walking visitors into a community benefitted all.” Shamrock Squad is a community of special needs families on a mission to make the great outdoors accessible for all needs. They organise walking and hiking adventures almost every Saturday. To keep everyone engaged, the squad pre-plans games to play or items to find during each adventure—fun activities to keep the explorer busy and curious.

Based in Co. Roscommon and Co. Limerick and set up by Vika Gailite and Alina Barone, the initiative started as a blog in 2021 and progressed from there. Both ladies are full-time carers for their children with special needs and the Squad is a voluntary community with over 10 hands-on families.

In the last year, Vika and Alina have gathered a lot of useful information about planning, preparation and best approach for the outdoor activities with special needs children, based on their own experiences. “When we started the blog we got amazing feedback, requests and emails to add additional information that others would find helpful and decided to keep exploring!”

During the walks they organise, they have seen children expressing empathy for the first time, siblings communicating with others about their struggles, parents tearing up because their child steps out of their comfort zone completely and loves the new experience. It is extremely rewarding. “We teach each other and learn from one another in the best environment possible—nature.” 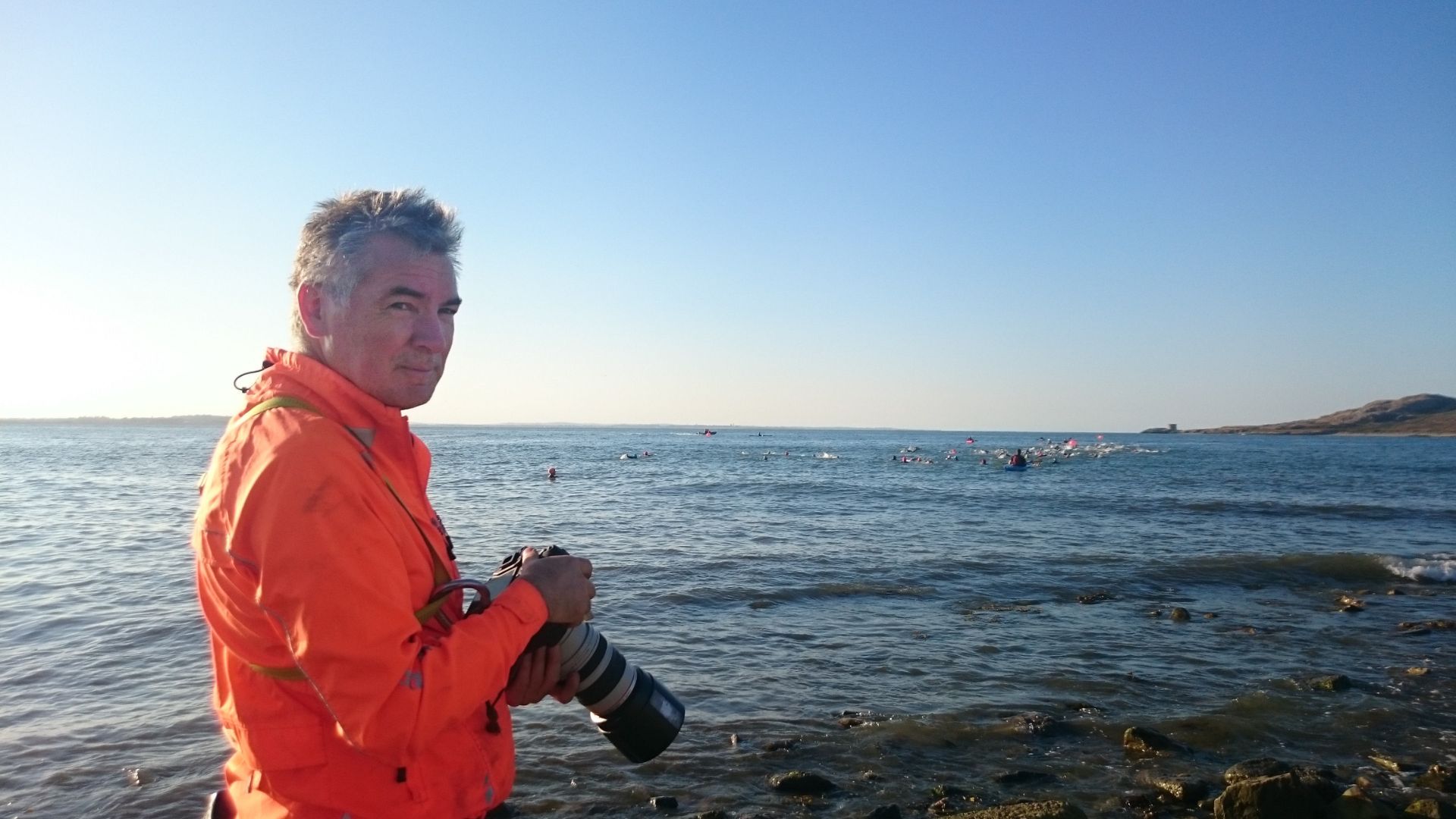 “I was made redundant in the big crash of 2009 and took the opportunity to set up Action Photography. I worked full-time covering adventure sports for a few years. While it was very rewarding photographically, adventure sports is a niche market and I opted to return to IT contracting to help pay the bills.”

One of the reasons John’s so passionate about his photography is because it means getting fully immersed in a race, often up to his waist in a bog or in the sea for aquathlons. “This allows me to get the shots in the middle of the action. It’s like taking part in the race without all the effort!”

He also enjoys seeing his shots popping up on people’s social media, often on accounts of people he doesn’t know.

John became a volunteer with the Dublin & Wicklow Mountain Rescue Team in 2011. He got involved after being in a number of hill runners’ rescues at various races. For the last 10 years he has shot the team’s fundraising events—Run the Line, Walk the Line and the Art O’Neill race—as well as being involved in callouts. “Again, it’s a way of giving back to the mountaineering/hill walking communities and it can take me to places off the beaten track that I wouldn’t normally visit.” He also donates his time to cover the Fighting Blindness Trial run in Glendalough as it is a charity both he and his wife support. 67 years of age and retired, Vivian is from Dublin but has lived in Greystones for the past couple of years. He discovered his love for running back in the early 80s and was soon doing cross country and marathons.

Then in 1984, he read about a mountain race and decided to give it a go. All these years later and he’s still at it. “I have been both organising races and helping out at races ever since. When I was on the committee, I organised trial races and picked both senior and junior teams for international events.”

It’s the friends you make, he says, that makes it all worth it. “The different people you meet. The places you get to go to that under normal circumstances you wouldn’t go to and of course the social end of things, especially after a race…”

He believes that anyone can do mountain racing and when they do, they always come back. Even his kids—two of them are still running the hills. There’s no stopping Vivian come the New Year either. “Next year I will be race directing a couple of races, volunteering at other races and generally helping out.” 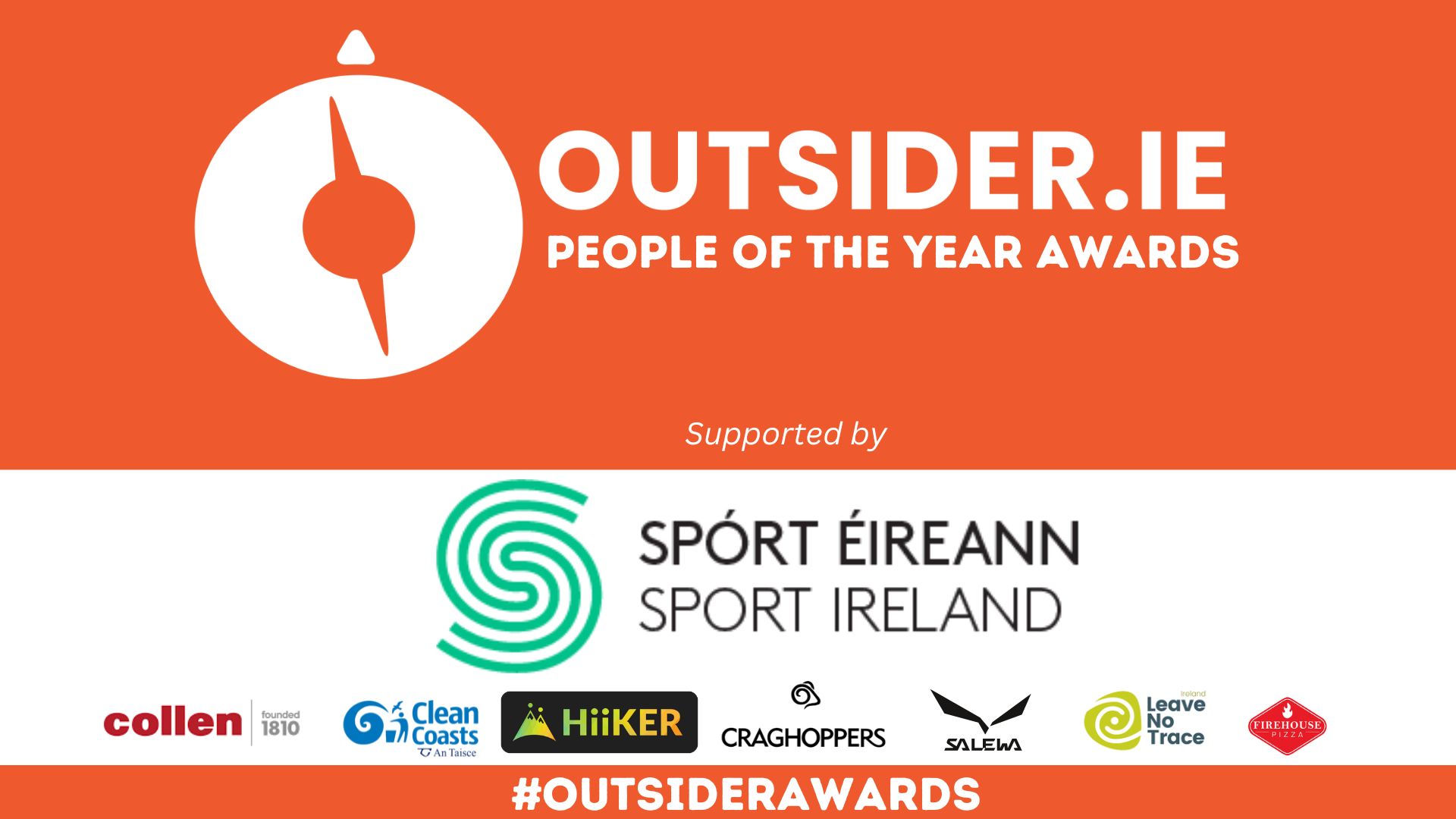 Eco Hero of the Year (Individual) Brought to you by Craghoppers: Outsider Awards 2022

Eco Hero of the Year (Individual) Brought to you by Craghoppers: Outsider Awards 2022