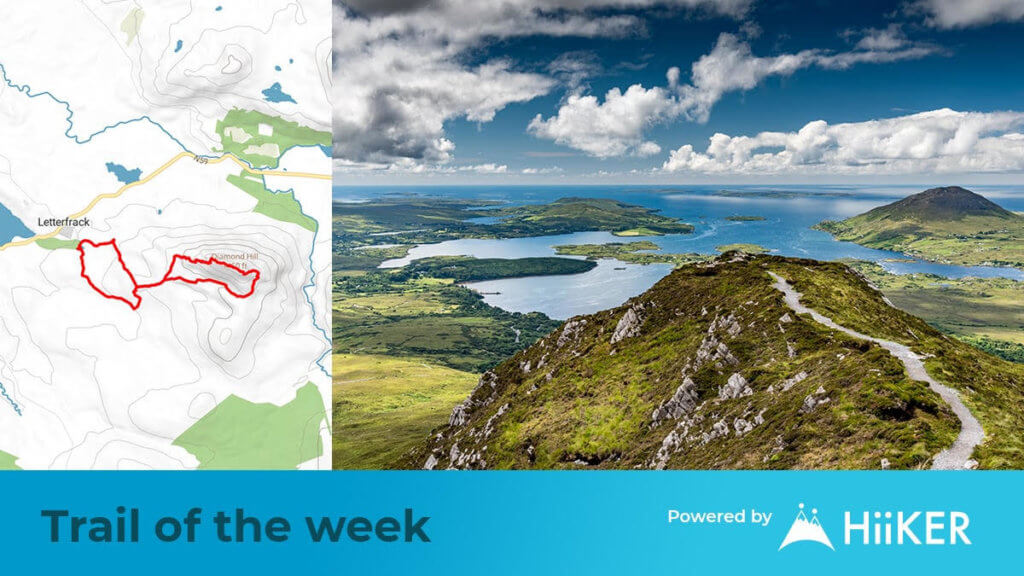 Connemara national park is a striking landscape, filled with rocky peaks that tower over multiple peninsulas and freshwater lakes. The area is said to be an Inspiration JRR Tolkein in writing his Lord of the Rings series when he lived there lecturing in NUIG in the early 1950’s. Standing in Letterfrack at the feet of the Twelve Bens, you definitely feel transported to another world.

Situated on the rugged west coast of Ireland, the weather here can be incredibly changeable. Wind and rain do dominate the Bens, but on a clear day the draw of the mountains can be undeniable.

While there are many routes to hike in the area, varying in difficulty, there is one trail to rule them all… The Diamond Hill Loop.

While it does not reach the elevation of the neighboring Bens, this is no walk on a sandy Clifden beach. The 400m of elevation gain will get the heart pumping and offer you some spectacular views over the nearby beaches and surrounding peaks.

Starting at the Connemara National park visitors center in Letterfrack, you will follow this well-marked figure of 8 loop route to the top of Diamond Hill. Heading North (left) from the car park, the route eventually loops to join a single path up the shoulder of the mountain.

Once you summit Diamond Hill, you will be surrounded by views. That is, if you are there on a clear day of course. To the Northeast you will have views of the Mamturks. Look to the East and there will be the Twelve Bens in all their splendor and the rest is the beautiful coastline of Connemara including the vibrant fishing town of Clifden.

On route down, continue across the summit and follow the trail down the back of the mountain looping south back down to the straight path you came up. When you reach the second junction, turn South (left) and walk along the boardwalk back to the starting point. 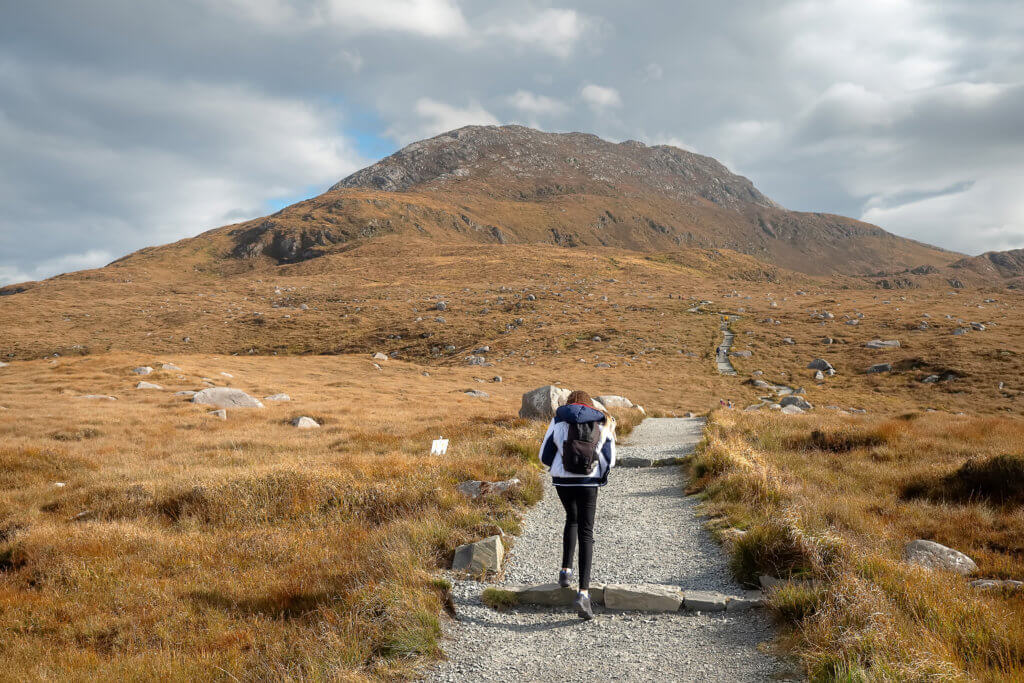 This route is mostly on a gravel path as you walk up the mountain. As you climb, the trail becomes more rocky but is well maintained and not too technical. Coming back down, take care with the steep rocky ground. At the second junction on route down, you will walk along a bog road before returning to the car park.

Like much of Ireland, Connemara and Diamond Hill is steeped in history. As one of the few remaining Gaeltachts in Ireland, it wouldn’t be strange to hear the Native tongue in the neighboring towns.

Letterfrack is the village where you will start and finish your walk. Here you will find a small number of cafés and pubs for a post-hike treat. A short (15-20 minute) drive down the N59 will bring you to the bigger town of Clifden. This town is known for its great food, music and culture.

We recommend Twelve Pins Coffee to anyone looking for a pre/post hike coffee. They also make some amazing Chocolate!

There are also some other amazing hiking routes near by such as the Glencoughan Horseshoe loop, the Twelve Bens route and the Multi-day hike – The Western Way.

Diamond Hill Loop: Things to know before you go

The route should take about 2.5 – 3 hours to complete. The terrain is well maintained but it’s always advised to wear good sturdy footwear. Being in the west of Ireland (or just Ireland in general), bring a rain jacket – even if it’s not forecast to rain! Other than that, take your time and enjoy this Gem in the wild west. 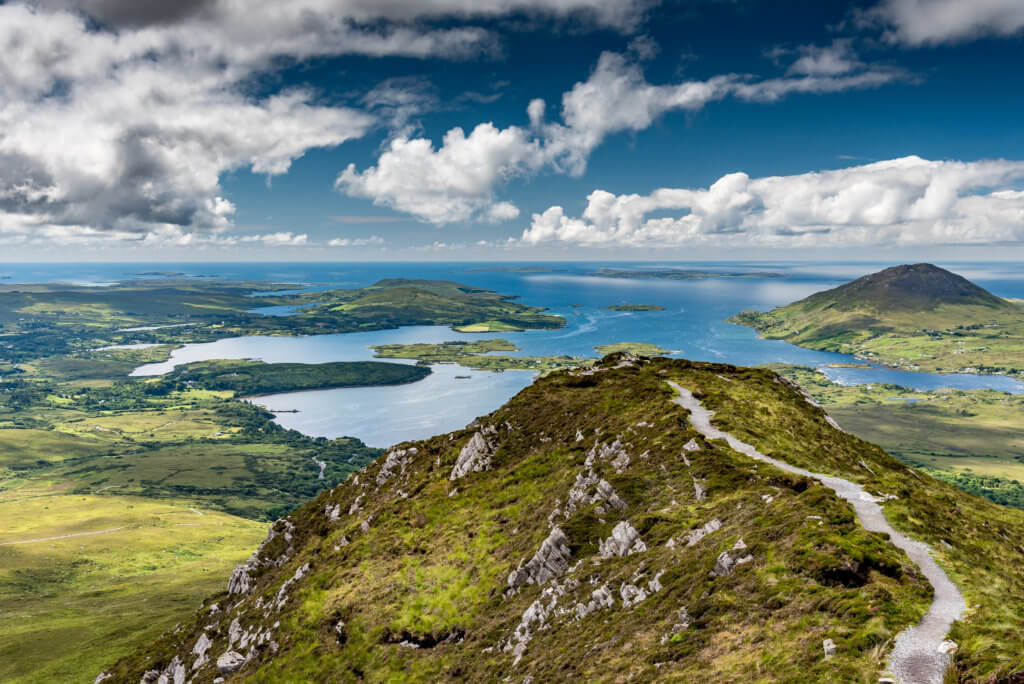 For more information on this route and to download the map to keep you on trail, check out the HiiKER app here.